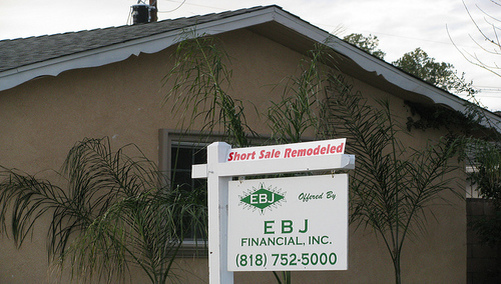 Bank of America said it has eased a policy related to short sales to facilitate more of them, instead of letting properties simply slip into foreclosure, according to a report in American Banker.

Previously, the bank required that 10 percent of the proceeds from a property’s selling price go towards paying off an associated home equity line of credit or other second mortgage.

But BofA spokesman Terry Francisco said the policy changed last month, as the bank now accepts five percent of the sales price when there is no home equity available to holders of first or second liens.

He noted that the policy change is based on the assumption that it will help all parties involved, adding that the 10 percent figure was arbitrary and didn’t take into account potential savings from a short sale versus foreclosure.

Short sales, while not all that attractive either, can result in losses 30 percent less than foreclosures, and with moratoriums drying up and defaults surging, banks seem to be getting a bit more flexible.

In many cases, lenders like Bank of America were being offered payoffs on second mortgages of $1,000 to $3,000, but often declined the payoffs, thereby freezing the deals in their tracks.

Meanwhile, the properties headed further down the path towards foreclosure or borrowers simply gave up and chose to walk away.

Apparently 77 percent of California foreclosures have associated Helocs, which often hinder short sales, but other issues also hold up the deals as well.

Things like the long processing time and limited staff on hand to deal with such transactions, coordinating the many parties involved with the loans, and investigations to determine if misrepresentations occurred, or if the deal is a non-arm’s-length transaction.

Then there are the private mortgage insurers, who aren’t keen to take the first 25 percent loss on the deal, and the real estate agents who must agree to reduced commissions to get the tricky jobs done.

Some experts have also argued that the largest mortgage lender-servicers are refusing to execute short sales in the hopes the real estate market will eventually improve.