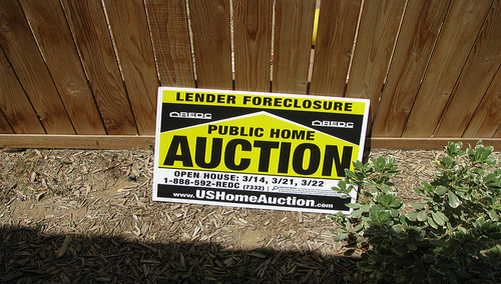 The delinquency rate includes loans at least one month behind, but does not include those in foreclosure.

The percentage of loans in foreclosure increased to 3.85 percent at the end of the quarter, up 55 basis points from the fourth quarter and 138 bps from a year ago, also records.

The combined percentage of loans delinquent or in foreclosure was a non-seasonally adjusted 12.07 percent, another record.

“The increase in the foreclosure number is sobering but not unexpected.   The rate of foreclosure starts remained essentially flat for the last three quarters of 2008 and we suspected that the numbers were artificially low due to various state and local moratoria, the Fannie Mae and Freddie Mac halt on foreclosures, and various company-level moratoria,” said Jay Brinkmann, MBA’s chief economist, in the report.

“Now that the guidelines of the administration’s loan modification programs are known, combined with the large number of vacant homes with past due mortgages, the pace of foreclosures has stepped up considerably.”

Brinkmann noted that delinquencies have shifted from subprime and option arm loans to prime, fixed-rate loans, with the latter doubling in the past year and accounting for the largest share of new foreclosures.

In Florida, 10.6 percent of mortgages are now somewhere in the foreclosure process; in Nevada it’s 7.8 percent, Arizona 5.6 percent, and California 5.2 percent.

“Looking forward, it does not appear the level of mortgage defaults will begin to fall until after the employment situation begins to improve.  MBA’s forecast, a view now shared by the Federal Reserve and others, is that the unemployment rate will not hit its peak until mid-2010.”

“Since changes in mortgage performance lag changes in the level of employment, it is unlikely we will see much of an improvement until after that,” said Brinkmann.