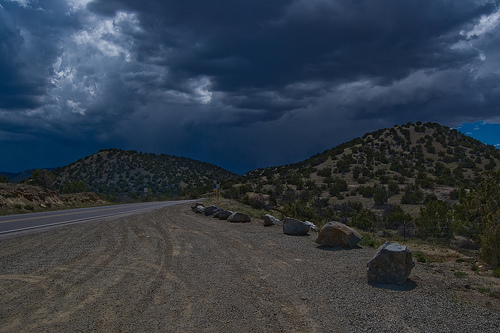 Thornburg Mortgage released a statement today saying it was unable to meet millions in margin calls and that’s its financial statements would need to be restated to account for a $427.8 million write-down to the value of its mortgage securities.

The Santa Fe-based mortgage lender said that as of end of business Thursday it had $610 million in outstanding margin calls “which significantly exceeded its available liquidity at that date.”

The company said it had roughly $580 million in available liquidity as of December 31, 2007, but was faced with approximately $1.8 billion in margin calls since then, satisfying just under $1.2 billion.

Thornburg received notices of default from four different lenders as of yesterday but said it was granted the ability to freeze additional margin calls through Friday while it explored solutions to raise capital.

“The company is working to meet all of its outstanding margin calls within a timeframe acceptable to its lenders, through a combination of selling portfolio assets, issuing collateralized mortgage debt and raising additional debt or equity capital,” the company wrote in a statement.

CEO Larry Goldstone expressed aggravation over the recent dealings, claiming that his company’s high quality mortgage securities were being comprised by industry-wide panic.

“The mortgage financing market’s complete inability to differentiate and appropriately value superior AAA-/AA-rated mortgage securities from all other mortgage assets is as unprecedented as it is frustrating,” said CEO Larry Goldstone.

“Our portfolio of mortgage-backed securities has exhibited exceptional credit performance and comprises loans that are among the most solid in the industry. Quite simply, the panic that has gripped the mortgage financing market is irrational and has no basis in investment reality.”

“We are committed to implementing initiatives that will resolve our current liquidity issues so we can deliver long-term growth, continue as a going concern, and ensure stability for our shareholders and for the company,” he concluded.

The company specializes in jumbo mortgages and adjustable-rate mortgages for the very creditworthy.