While recent home buyers and existing homeowners have enjoyed a period of extremely low mortgage rates this year, some pundits are starting to warn that the party could be coming to an end.

It’s only natural to question something that has gone on far longer than expected, but duration alone doesn’t justify an end.

Still, after breaking records several times this year, one could question if/how mortgage rates could move any lower. And more importantly, when they’ll reverse course.

Ultimately, no one knows for sure which way mortgage rates will go in the final three months of 2020, but let’s highlight a couple things that could work in their favor.

The 2020 Presidential Election Will Be the Most Contentious in History 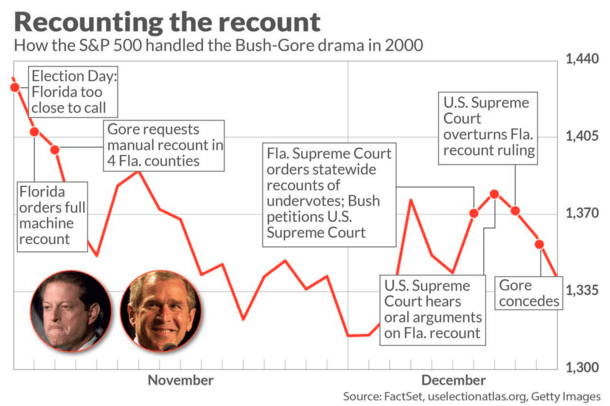 In just over a month, the 2020 United States presidential election will take place. Well, it should take place. Can we even say with certainty anymore that it will?

While partially in jest, 2020 has been such an odd year that just about anything is on the table.

When voters do go to the polls on November 3rd, we can expect plenty of drama, and perhaps worse, no announced winner.

The sheer fact that it’s a possibility we won’t have a defined victor on November 3rd could be enough to send shockwaves through the financial system.

Just take a moment to remember the 2000 United States presidential election, which resulted in a recount over battleground state Florida.

But it took Gore more than a month to finally concede after both the Florida Supreme Court and the U.S. Supreme Court got involved.

If you’re curious how the stock market performed during that uncertain time, the answer was not great.

That was almost enough to signify a stock market correction, which is defined by a 10% or greater decline.

And given it’s 2020, and not 2000, we could certainly see such a drop, especially when you factor in the frothy market heights being enjoyed at the moment.

If that were the case, mortgage rates would likely follow stocks lower, since the pair tend to have a positive relationship.

The COVID-19 Second Wave (or Third Wave) Could Be Coming 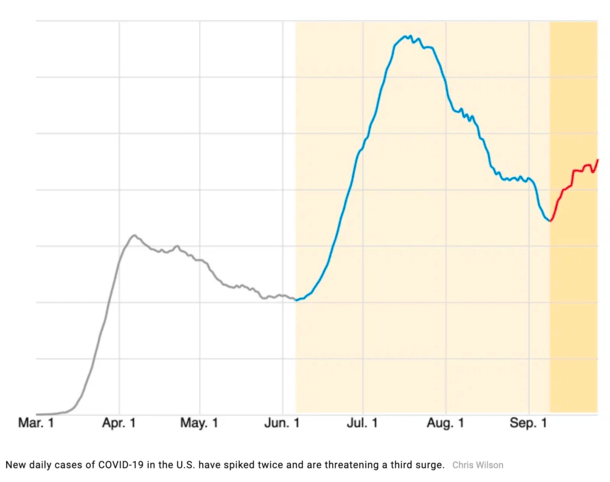 If the presidential election doesn’t prove to be enough to rattle the stock market, there’s also COVID-19 to worry about.

While we appear to be in a bit of a lull, there’s a lot of fear that the fall will usher in a second wave of SARS-CoV-2 transmission, or a third wave depending on how the data is interpreted.

Regardless, there’s a lot of concern about how things will go this fall/winter given we still know very little about the virus, and many have yet to be infected.

Apparently, 90% of the country hasn’t even been exposed to COVID yet, per comments from Dr. Tom Inglesby, director of the Johns Hopkins Center for Health Security at the Bloomberg School of Public Health.

With things opening up around the country and social distancing behavior weakening, the spread of coronavirus could ramp up and cause another surge.

Whether it’ll have the same dire effects as it did in spring remain unclear, but rising case numbers could be enough to lead to shutdowns again.

And if that happens, we could see a second wave of economic disruption, something the stock market might not be able to absorb this time around.

All that uncertainty could push mortgage rates lower over the next couple months, even when you factor in the upcoming Adverse Market Refinance Fee.

So while there appears to be a major rush to get that mortgage application in ASAP, we might not be done setting new record lows for mortgage rates in 2020.