The so-called “coronavirus checks” have begun to hit Americans’ bank accounts this week, providing relief to those whose income has been curtailed or completely cut.

It might be especially helpful to those who need to pay rent or make a monthly mortgage payment, the latter of which can be pushed back as late as the 15th of the month in most cases.

But just how far can the stimulus check go toward covering a rent or mortgage payment? Well, that totally depends on where you live.

Stimulus Checks Go Further on Rent than the Mortgage

First off, 77% of renters could cover one month’s worth of housing expenses with a $1,200 check, versus just 47% of homeowners, per a new analysis by real estate brokerage Redfin.

As such, about 93% of renters in Cleveland could cover the rent with their stimulus check and still have money left over, while just 22% of San Jose renters would be able to foot the entire bill.

That $1,200 would cover the mortgage plus basic utilities for 66% of Indy homeowners, but a mere six percent for San Jose homeowners.

Where the Stimulus Checks Go Far 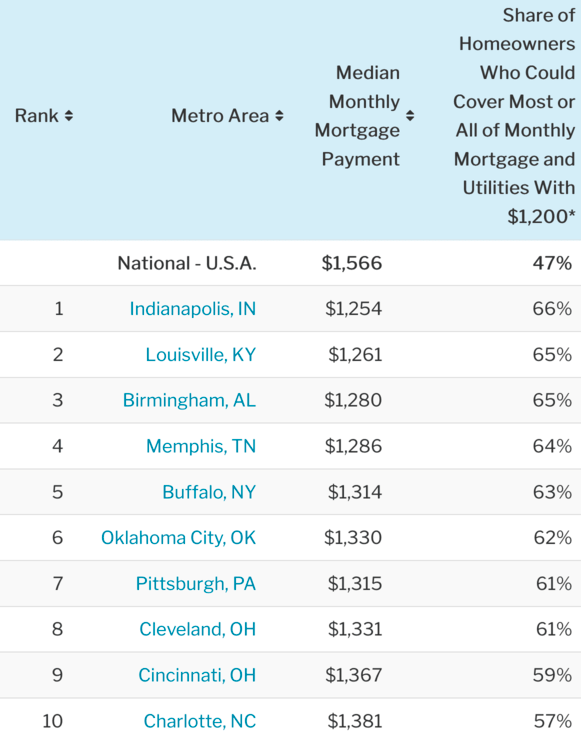 As you can see, Indy homeowners can mostly cover their mortgages (and basic utility bills) with a $1,200 stimulus check.

Of course, a mortgage is just one of the many monthly expenses a homeowner must cover, and doesn’t account for things like grocery bills or unexpected home maintenance.

And what about property taxes and homeowners insurance? A true mortgage payment covers PITI.

Where the Stimulus Checks Barely Make a Dent 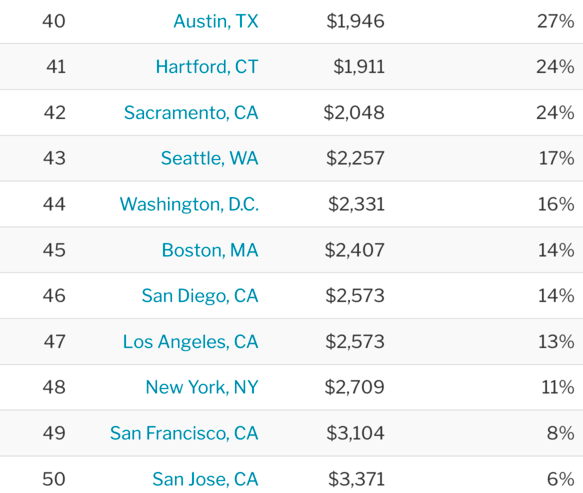 Then we have the opposite end of the spectrum, where $1,200 would do basically nothing for homeowners in the Bay Area, NYC, LA, San Diego, and Boston.

And that’s assuming these homeowners would actually receive a check, since it maxes out pretty quickly and folks in those expensive areas might make a lot more than the average American.

In other words, it wouldn’t go very far for many, and again, we have to factor in things like grocery bills, all utilities, and other debts like credit card bills and potentially student loans that aren’t on hold.

Ultimately, the stimulus checks aren’t going to provide total relief, though they might allow renters and homeowners to pay some bills or purchase essentials.

Should You Use Your Stimulus Check to Pay the Mortgage?

When you take out a mortgage, you are typically required to document asset reserves. The idea is that you have some money set aside to cover mortgage payments should your income evaporate.

So a mortgage lender might ask that you have anywhere from two to 12 months of reserves as a cushion in case things go awry.

However, many home loans don’t require any reserves, which one could call risky. While that’s debatable, it’s times like these that support the argument that reserves are good.

Unfortunately, many Americans barely have enough funds to cover the down payment and closing costs, so asking for reserves on top of that can stop home purchases in their tracks.

Anyway, my tangent about reserves has a point. It might be wise to set aside any stimulus money as reserves, and opt for mortgage forbearance via the CARES Act if the check won’t cover the housing payment and you need financial assistance.

This might be in the form of a repayment plan where you pay a little extra each month for a period of time to cover the missed amounts.

previousMortgage Forbearance Rate Worsens, But Most Probably Won’t Lose Their Homes
nextQuicken Loans Just Had Its Biggest Month in History