Adjustable-Rate Mortgages 101: Learn How They Work

An “adjustable-rate mortgage” is a loan program with a variable interest rate that can change throughout the life of the loan.

It differs from a fixed-rate mortgage, as the rate may move both up or down depending on the direction of the index it is associated with.

All adjustable-rate mortgage programs come with a pre-set margin that does not change, and are tied to a major mortgage index such as the London Interbank Offered Rate (LIBOR), Cost of Funds Index (COFI), or Monthly Treasury Average (MTA). Together, they make up your fully-indexed mortgage rate.

Some banks and mortgage lenders will allow you to choose an index, while many rely on just one of the major indices for the majority of their loan products.

Prior to the housing crisis, adjustable-rate mortgages were synonymous with subprime mortgages, but they aren’t inherently bad, especially today’s hybrid ARMs.

Those older adjustable-rate mortgages were often option arms, which allowed for negative amortization. And many of the home buyers then had bad credit and/or put little to nothing down.

Today’s ARMs are much more sound, and mortgage lenders actually qualify borrowers properly. In fact, FHA loans are even offered with adjustable rates!

So they’re certainly worth considering, especially if you can snag a much lower mortgage payment.


How an Adjustable-Rate Mortgage Works


Typically, an adjustable-rate mortgage will offer an initial rate, or teaser rate, for a certain period of time, whether it’s the first year, three years, five years, or longer.

After that initial period ends, the ARM will adjust to its fully-indexed rate, which is calculated by adding the margin to the index.

To figure out what your fully-indexed interest rate will be each month with an adjustable-rate mortgage, simply add the margin to the associated index.

You’ll be able to look up the current index price on the web or in the newspaper, and the margin you agreed to, which is usually found within your loan documents.

You also have to factor in payment caps to see when and how often your adjustable-rate mortgage actually adjusts.

Based on the two figures above, your fully-indexed mortgage rate would be 3.5%. In the illustration above, you’ll see a typical 5/1 ARM, which is fixed for the first five years before becoming annually adjustable.

During the initial period, which is year one through year five, the rate holds steady at 2.75%. In year six, the start rate (which had been fixed) disappears and the rate becomes the sum of the margin and index.

This is where ARMs can get scary in a hurry, and why most homeowners prefer fixed rates instead.

Of course, this is just one scenario – the rate could also go down or stay the same, and even remain lower than comparable fixed-rate mortgages.

So it certainly goes both ways, it’s just that you’re taking a risk with an ARM as opposed to a fixed-rate product that never changes. That’s why you get a mortgage rate discount initially.

It is equally important to note both the index and margin when selecting a mortgage program from your bank or mortgage broker.

Many consumers overlook the margin, or simply don’t even realize it’s an active component of the adjustable-rate mortgage.

But as you can see, it plays a major role in the pricing of an ARM. Margins can vary by over 1% from lender to lender, so it can certainly affect you mortgage payment in a major way.

If you want a lower interest rate, inquire about the margin and try to find a bank offering a lower one.

The good news is that adjustable-rate mortgages carry adjustment caps, which limit the amount of rate change that can occur in certain time periods. There are three types of caps to take note of:

Initial: The amount the rate can change at the time of the first adjustment. In the examples above, it would be the initial change after the first 5 years of the loan.

Periodic: The amount the rate can change during each period, which in this case of a 5/6 ARM is every six months, or just once a year for a 5/1 ARM.

Lifetime: The amount the rate can change during the life of loan. So throughout the full 30 years, it can’t exceed this amount, or drop below this amount.

Typically, you might see caps structured like 6/2/6. This means the rate can change a full 6% once it initially becomes an adjustable-rate mortgage, 2% periodically (with each subsequent rate change), and 6% total throughout the life of the loan.

And remember, the caps allow the interest rate to go both up and down. So if the market is improving, your adjustable-rate mortgage can go down!

But again, it would be limited by the caps, so your rate will never swing higher or lower more than the caps allow.

Additionally, many lenders put in interest rate floors that often coincide with the initial rate, meaning your rate will never go below its start rate.

Nowadays, most adjustable-rate home loans are hybrids, meaning they carry an initial fixed period followed by an adjustable period. They are also usually based on a 30-year amortization, meaning they last 30 years like fixed mortgages and are paid off similarly.

For example, you may see mortgage programs advertised like a 5/25 ARM or 3/27 ARM, just to name a couple. A 5/25 ARM means it is a 30-year mortgage, with the first five years fixed, and the remaining 25 years adjustable.

Same goes for the 3/27, except only the first three years are fixed, and the remaining 27 years are adjustable.

You may also see programs such as a 5/6 ARM, which means the interest rate is fixed for the first five years, variable for the remaining 25 years, and will adjust every six months. 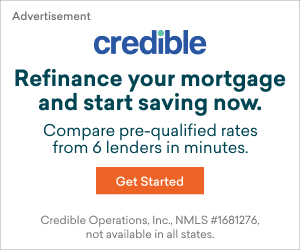 If you see a 5/1 ARM, it is exactly the same as the 5/6 ARM, except it changes only once a year after the five-year fixed period.

There are many different types of adjustable-rate mortgages, ranging from one-month ARMs to 10-year ARMs. Obviously this represents quite a range of risk, so be careful when comparing different loan products.

As you can see, an ARM can give you as long as 10 years of fixed-rate payments, or as little as one month. Then you’re looking at adjustable rates from there on out.

Note that there are other types of ARMs out there, and they may be advertised differently.

For example, you might see a 2/28 ARM, or a 3/27 ARM, which are fixed for two and three years, respectively, before becoming adjustable. These might adjust every six months as opposed to annually.

Pretty much the only reason homeowners take out ARMs is for the initial interest rate discount.

Yes, they are priced lower than fixed-rate mortgages, all else being equal, so homeowners can save some money and pay off their home loans a bit faster if the associated rate is lower.

While it certainly depends on the ARM in question, you should see a substantial discount on ARM mortgage rates versus fixed rates.

This spread will depend on the lender in question, as some may be more or less competitive on certain types of loan products. And spreads can change over time based on wider economic issues.

As a rule of thumb, the longer the initial fixed-rate period on the ARM, the lower the interest rate discount.

Of course, that means there’s a lot more risk of a mortgage rate adjustment in the very near future, so such products are really only good for a homeowner who needs short-term financing.


How to Calculate an ARM Loan

Now that you’ve seen the many ARM loan options available, you might be wondering how to calculate an ARM adjustment. After all, there’s a chance you might face a rate adjustment if you hold onto your mortgage beyond the fixed period.

Fortunately, it’s not too difficult to calculate, you just need a few key pieces of information.

This includes the fully indexed rate (index+margin), the outstanding loan balance, and the remaining loan term.

The loan will then re-amortize again at the start of year seven, and the monthly payment will be generated using the new outstanding balance and interest rate at that time. And so on down the line…

It’s good to know the math so you can compare your notes to your loan servicer’s to ensure everything is as it should be.


Why Choose an Adjustable-Rate Mortgage?

You might be wondering why anyone would get an adjustable-rate mortgage. Well, the main advantage of an ARM is the lower mortgage rate relative to a fixed-rate home loan.

This spread can differ over time and might be wider if fixed rates are high, making ARM rates more attractive to homeowners.

There aren’t really many pros and cons to adjustable-rate mortgages outside the interest rate offered.

Most homeowners get into adjustable-rate mortgages for the lower initial payment, and then usually refinance the loan when the fixed period ends.

At that time, the interest rate becomes variable, or adjustable, and the homeowner would likely refinance into another ARM or a fixed mortgage, pay off the mortgage entirely, or sell the home outright.

They can also just stick with the ARM if the rate and payment are favorable after the initial fixed-rate period ends.

Some homeowners may also choose an adjustable-rate mortgage if the home is simply a short-term investment, or if they don’t plan on owning the home for more than say five years.

However, note that home buyers can’t qualify for a larger mortgage amount due to the lower rate on the ARM because lenders use a fully-indexed or even higher rate for qualification purposes.

For the record, a home equity line of credit (HELOC) is also considered an adjustable-rate mortgage because it’s tied to prime, and that can change whenever the federal funds rate changes.

Keep in mind that all adjustable-rate mortgages carry risk as the monthly payments can change, sometimes sharply if the timing isn’t right.

At the same time, ARM interest rates can increase or decrease once adjustable, so it won’t always necessarily be bad news.

And the savings realized during the fixed-rate period can eclipse any subsequent payment increases, at least for a while.

All that said, make an interest rate plan before you purchase real estate. Decide what you want to do with the home in the next five years, and from there, you’ll be able to decide if an adjustable-rate mortgage is right for you.