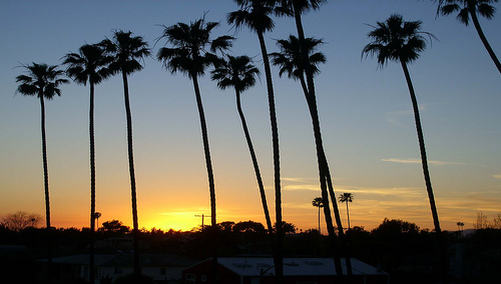 California home sales fell 24.5 percent last month compared to the same period a year ago as the median price of an existing home slumped 29 percent, the California Association of Realtors said.

The seasonally adjusted annualized sales rate of existing, single-family detached homes in California fell to 318,830 last month, down from an annual pace of 422,330 in March 2007.

The median price of an existing, single-family detached home in California last month was $413,980, a 29 percent decrease from the revised median of $582,930 a year ago and a 1.3 percent decline from February’s revised $419,640 median price.

“Historically, mortgage rates on jumbo loans are 0.2 percent to 0.4 percent higher than those on conforming loans, but the spreads in recent weeks have been as large as 2 percentage points, reflecting an increase in the perceived risk associated with these loans (risk-based pricing).

“The lack of available funds for loans, even for qualified buyers, continues to keep the demand side of the market thin, and enables buyers with financing (or all cash) to exert leverage over sellers,” she said.

The hope is that conforming jumbo loans will be offered at more competitive prices now that Fannie Mae and Freddie Mac have pledged to buy the loans from a slew of mortgage lenders like Wells Fargo and Indymac.

However, it’s clear that a lack of available financing options and historically high home prices in the state will keep most buyers away in the near term.

Last month, the median number of days it took to sell a single-family home was 56.7 days, up from 52.9 days during the same period a year earlier.

And the glut of unsold existing home inventory stood at 11.6 months to clear, compared with 7.6 months in March 2007.