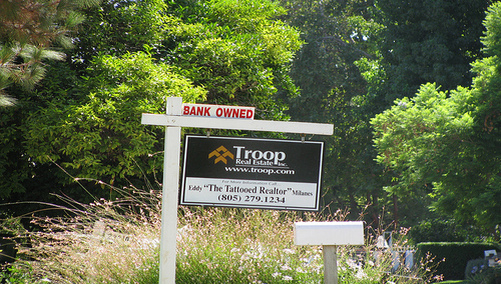 The group said the seasonally adjusted annualized sales rate of existing single-family detached homes totaled 489,080 during July, up from a 341,130 sales pace a year ago.

“Once again, the 40.3 percent year-to-year decrease in the median price of a home was an all-time record, surpassing the previous record set in June with a 37.9 percent decrease,” said C.A.R. Vice President and Chief Economist Leslie Appleton-Young, in a press release.

C.A.R. President William E. Brown said “deeply-discounted, distressed sales” (foreclosures) drove volume higher in much of the state, and noted that jumbo conforming loans likely had an impact as well.

That led to a significant drop in unsold inventory, which fell to 6.7 months supply last month, down from 10 months in July 2007.

Homes also sold more quickly last month, with the median number of days it took to unload a property falling to 47.5 days from 50.7 days a year ago.