A pair of BBVA economists don’t believe massive strategic default will occur in the United States.

The Spanish bank analysts noted in a research report that negative equity is a necessary condition for default, but not a sufficient one.

Most States Are Recourse States

They added that most states in the nation are recourse states, meaning mortgage lenders can recover mortgage debt tied to strategic default.

But even so, even states that aren’t able to go after homeowners who default haven’t experienced higher foreclosure rates.

“Current data show that there are no significant differences in foreclosure growth between those states that allow the lender to recover the total amount of mortgage debt and those which limit the legal action of the lender,” the report, written by Ignacio San Martin and Nathaniel Karp, stated.

The researchers also noted that the value of homeownership goes beyond home equity, as borrowers see value in location, living space, safety, access to education, ethical values, and so on.

“Therefore, an underwater borrower could not fall into strategic default if the sum of the economic value of all these elements more than compensates the financial gap.”

Even if a vast number of borrowers stopped making their mortgage payments, they would need some place to live.

And the pair argue that this would increase rental prices and demand for investment properties, offsetting the reduction in owner-occupied properties.

This means there were would be fewer primary residences and a lot more renters out there.

Excess supply is estimated to total two million homes by the end of the year, down from roughly three million during the peak reached in mid-2007. 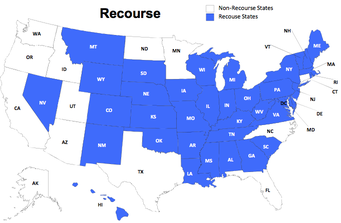