Eight of 10 Most Expensive Housing Markets in California 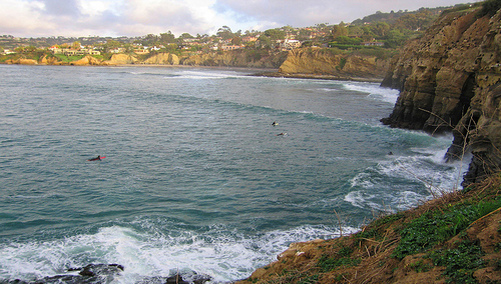 Perhaps not surprisingly, eight of the 10 most expensive housing markets in the nation can be found in California, at least according to the latest Home Price Comparison Index from Coldwell Banker.

The real estate company evaluated average home values for select 2,200 square foot single-family homes with four bedrooms and two-and-a-half baths in 315 markets in the U.S., finding that La Jolla, CA was the most expensive at $1,841,667.

On the other end of the affordability spectrum was Sioux City, Iowa, where a comparable home would cost just $133,459, despite its waterfront status on the Mississippi River.

The California vs. Midwest trend runs deep, with eight of the most affordable homes found in the heartland of the United States.

Notables include Akron, Ohio, Arlington, TX, and Eau Claire, WI, where all the homes average a sales price below $150,000.

In California, places like San Francisco, Beverly Hills, and Newport Beach topped the list, all with prices above $1.5 million.

Aside from California cities dominating the least affordable list, Greenwich, CT and Boston, MA also made the top ten, with sales prices of $1,787,000 and $1,493,750, respectively.

Of course, you needn’t be a multi-millionaire to live in California, that is, if you choose to live in the most affordable city, Bakersfield, where the average sales price runs at a more reasonable $273,457.

But if you want more freedom to choose, consider Idaho, where the home price variance between the most affordable and least affordable market is just $217.

previousOption Arm Loans Being Phased Out by Regulators
nextForeclosure Filings Up in August, But Pace Slowing