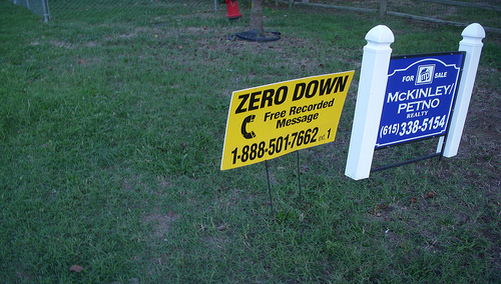 FHA Commissioner Brian D. Montgomery said today that his organization realized $4.6 billion in “unanticipated long-term losses,” largely due to an increased number of seller-funded loans in its portfolio.

As a result, the FHA plans to submit a request to the Federal Register immediately to reopen public comment regarding the rule that allows such assistance, a crucial step as these loans now account for one third of the FHA’s loan portfolio.

“Legislation must address the risks associated with down-payment assistance that comes from the seller or any other person or entity that stands to benefit from the transaction financially,” he told the National Press Club in prepared remarks.

“The IRS, GAO and our own Inspector General have previously expressed concerns with these circular financing schemes.”

He stressed that the FHA remains solvent (he said so twice in fact) with $21 billion in reserves, but warned that no insurance company would be able to survive after taking these types of losses year after year.

“Unless we take action to mitigate these losses, FHA will soon either have to shut down or rely on appropriations to operate,” something it has never relied upon in its 74-year history.

Montgomery called for common sense lending, like verifying income, assets, credit, and the ability to repay, while also pushing the HUD’s new Good Faith Estimate that aims to make the process a lot more transparent.

He also stressed that risk-based pricing, implemented recently by the FHA, would need to be preserved as part of the impending modernization bill to ensure the solvency of the organization moving forward.

The FHA has accounted for $76.1 billion in mortgage activity since last September 2007, including more than $30.3 billion from its FHASecure refinance loan program.