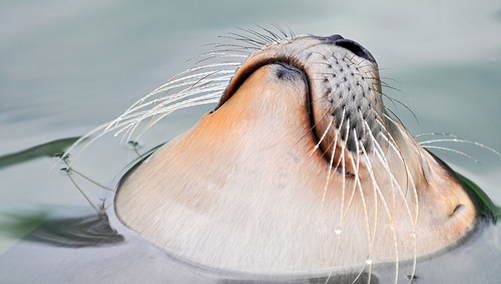 Things are looking up, kind of.

As expected, higher conforming loan limits and a larger homebuyer tax credit are part of the latest stimulus package to be signed into law by President Obama in Denver today.

The $787 billion bill will push the high-cost conforming loan limit to as much as $729,750 in more expensive regions of the country, helping scores of borrowers refinance into more affordable loans or obtain purchase mortgages more easily.

Jumbo loans, which had been characterized as those with loan amounts above $417,000, carry interest rates considerably higher than conforming loans, and also come with more difficult underwriting guidelines.

Last year, this high-cost loan limit was raised to $729,750, but the so-called conforming jumbo limit fell to $625,500 at the beginning of 2009, preventing many from taking advantage of record-low mortgage rates.

This measure alone should help a good number of borrowers in more expensive, but hard-hit areas such as California and Florida, obtain more favorable terms on their mortgages.

In a bid to boost flagging home sales, the stimulus package also raises the first-time homebuyer tax credit to $8,000 from $7,500.

While it’s not the $15,000 tax credit many Republicans had hoped for, it’s more beneficial than it looks because it doesn’t need to be paid back (so long as the home isn’t sold within three years of purchase).

The credit is available to eligible buyers who purchase a home between January 1, 2009 and December 1, 2009.

Obama is also expected to announce details of a highly anticipated foreclosure prevention initiative tomorrow, which will utilize roughly $50 billion to stem “avoidable foreclosures,” a key segment of the Financial Stability Plan.

As a result, a number of large banks and mortgage financiers such as Citi, Fannie Mae, and Freddie Mac have put a hold on new foreclosures until the program is unveiled.