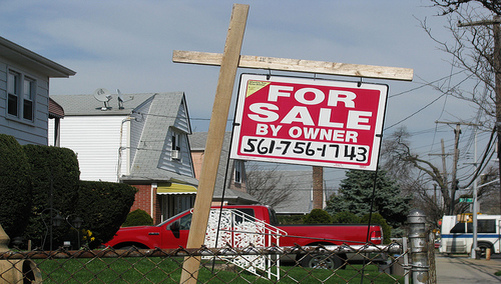 Most homeowners in trouble these days purchased real estate at the height of the housing boom, around 2006 and 2007.

Many of these borrowers also happened to put little or nothing down, resulting in negative equity for millions, one reason why foreclosure moratoria may not be enough to resolve the current situation.

And now it appears as if the situation is going to become much more dire, even for those who purchased homes more than five years ago.

Home prices in the United States are expected to drop another 12.5 percent from 2008’s year-end values before beginning to stabilize in late 2010, according to a report from Fitch Ratings.

Currently, home prices are floating near levels not seen 2003, and with this latest forecast revision, prices are predicted to slump to early 2002 levels, putting stress on a whole new batch of homeowners.

The revision is up from earlier expectations that prices would decline a further 10 percent from the second quarter of 2008; to date, home prices have declined by 27 percent.

“Fitch’s forecast is primarily based on its expectation that home prices will return closer to the long-term historical mean, which has been the pattern of prior home price cycles,” the report said.

“Given the volatile economic conditions, Fitch will continue to review its forecasts to ensure they are still accurate and provide updates every six months.”

It could be even worse if they aren’t factoring in things like shadow inventory, foreclosed homes owned by banks and mortgage lenders nationwide that haven’t been resold or listed.