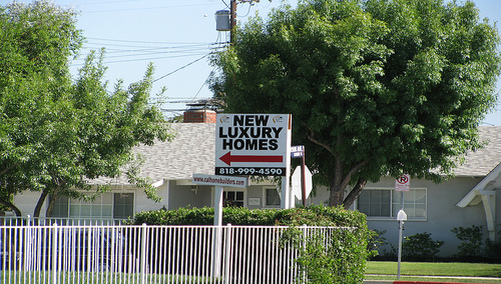 U.S. home values fell a staggering 9.9 percent year-over-year in the second quarter, the largest drop in the past 12 years, according to Zillow.

The median home value is now at its lowest point since the fourth quarter of 2004, leaving nearly 30 percent of borrowers who purchased a home during the past five years underwater.

The highest rate of negative equity is among buyers who purchased a home in 2006, with nearly half (45 percent) upside down, largely because the median down payment was only 10 percent and prices were peaking.

Over the past year, roughly 25 percent of homes sold nationwide were at a loss and 15 percent of sales were foreclosures.

In some regions of hard-hit California, more than 60 percent of home sales were at a loss and foreclosures sales exceeded 50 percent.

The New York- Northern New Jersey-Long Island MSA had the lowest rate of foreclosure, with just 8.8 percent of home sold at a loss over the past year, and only three percent foreclosure sales.

“The second quarter is the sixth consecutive quarter of home value declines and we see little promise of turnaround in the short-term as the rates of decline have yet to slow and, in fact, actually accelerated in many markets,” said Dr. Stan Humphries, Zillow’s vice president of data and analytics.

“The high rates of negative equity are having a direct effect on home sales figures as we’ve seen considerable growth in foreclosure transactions and homes selling for a loss.”

While it may seem as if the sky is falling, 90 percent of markets covered by Zillow returned positive annualized appreciation over the past five years, and all markets improved over the past decade.