Homebuilders Say Demand Up, Want to Build Another Half Million Homes 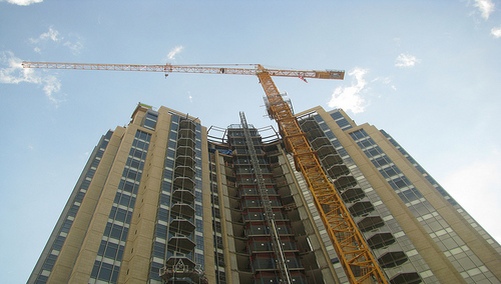 Homebuyers are returning to the market thanks to record low mortgage rates and declining home prices, according to the National Association of Home Builders.

The group cited an 11 percent rise in single-family permits in February, along with modest gains in new and existing home sales.

“The number of households that can afford to purchase a home today is 55.4 million, compared with 38.4 million two years ago, according to figures compiled by NAHB,” the release said.

“That’s an increase of 17 million households from conditions just two years ago and the best housing affordability number we have seen in years,” said NAHB Chairman Joe Robson. “We are now seeing the first signs that buyers are returning to the marketplace.”

A typical family can now purchase a home for $20,000 less in annual household income than they could two years ago, while savings $500 a month on housing payments, the homebuilders claim.

Interestingly, just a $1,000 home price drop would open up the market to another 250,000 prospective homebuyers.

“With home values in many markets at the lowest level since 2003, an $8,000 tax credit available to first-time home buyers, fixed-rate mortgages under 5 percent, and an outstanding selection of homes to choose from, buyers are starting to recognize that this has the makings for a one-time opportunity to break into the market,” said Robson.

So might as well build some more homes to keep up with all that “underlying demand” right?

The trade group said it wants to add another 500,000 single-family homes to the current inventory overhang to correct today’s “anemic construction rate.”

They believe such construction would result in over 1.5 million new jobs and nearly $80 billion in wages across manufacturing, trade, and service sectors.

That’s pretty sweet, but what’s wrong with all the vacant, available houses out there at the moment? 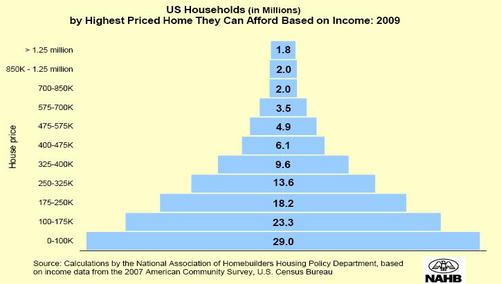 previousFHA Bailout Could be on the Horizon
nextEstimated 600,000 Bank Owned Properties Not on the Market