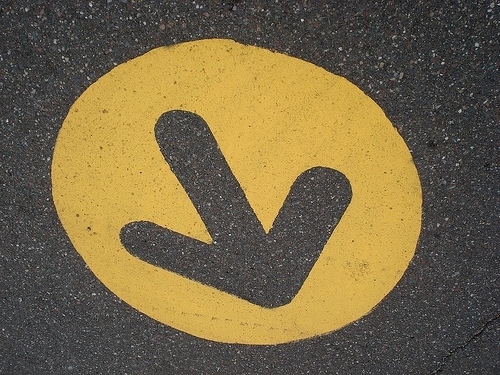 Home prices continued to fall during the fourth quarter, with more than three-quarters of the zip codes covered by First American CoreLogic’s LoanPerformance Home Price Index (HPI) showing declines from the third quarter.

“Of the 7,472 ZIP codes tracked by the LoanPerformance HPI, home prices in 5,691 (76.16 percent) of these ZIP codes have decreased over the last three months,” said Damien Weldon, vice president, collateral and prepayment analytics for First American CoreLogic, in a statement.

Despite the dismal fourth quarter, the annualized trend was found to be a bit more moderate, with only about half the zip codes studied showing a decrease in value.

As expected, continued weakness was found in states like California, Florida, Nevada, and Ohio.

The Cleveland, Ohio metropolitan area led the fourth quarter decline with a 7.51 percent quarterly drop in value, followed by the Los Angeles-Long Beach-Santa Ana, CA with a 6.55 percent decline, and St. Louis with a 6.52 percent tumble.

“There continues to be strong variation across individual states. For example, according to this latest data release, 97.67% (967) of the ZIP codes we track in California exhibited negative declines year-over-year whereas in New York the comparative number is just 51.39% (240)” added Weldon.

Check out the map below: 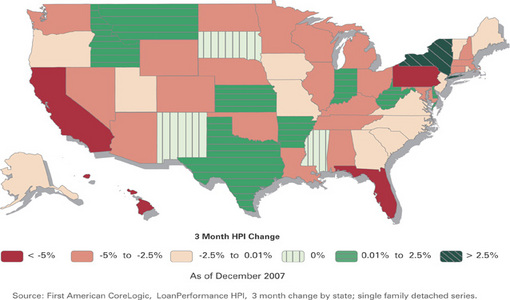