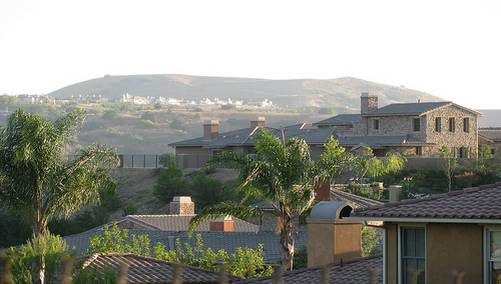 Million-dollar home sales in the Golden State slipped to their lowest level in five years, according to real estate information provider DataQuick.

“Discretionary spending in the housing market has pretty much been on hold the past fifteen months,” said John Walsh, DataQuick president, in a release.

“The core of last year’s distress was clearly in affordable areas that had a lot of turnover in 2005 and 2006. That distress could migrate up the price ladder if this recession proves nasty for high-income households.”

A big problem was been financing jumbo loans; the number of home purchase mortgages below the old conforming limit of $417,000 increased by 21 percent last year, while the number above decreased a whopping 51 percent.

“A lot of home sales in the upper half of the market have been on hold for months, waiting for financing,” Walsh added.

That led to nearly a quarter of buyers paying with cash, up from 14 percent in 2007, with those who chose to finance coming in with a median 30 percent payment.

Of the sub-one million dollar home sales, at least 2,052 previously sold for more than $1 million.

Roughly three percent of the 8.51 million homes in California are valued at more than $1 million by county assessor offices.