It makes sense that the mortgage industry would see its best quarter in history during a global pandemic.

Okay, it doesn’t make sense, but that’s what happened anyway, per the latest Mortgage Monitor report from Black Knight. 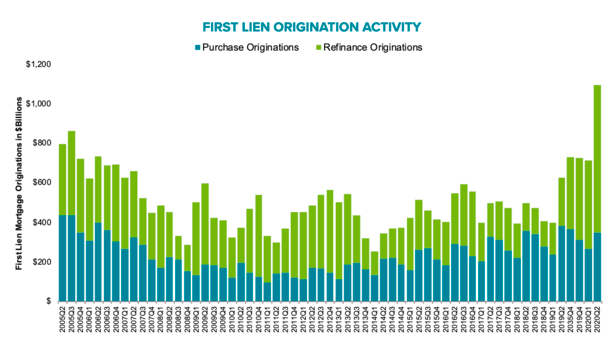 The data analytics firm said about $1.1 trillion (yes, trillion) in first-lien mortgages were originated during the second quarter of 2020, the best three months on record since reporting began in January 2000.

The record numbers were mostly fueled by mortgage refinance transactions, which have surged due to continued record low mortgage rates, helped in part by the COVID-19 pandemic.

They said refinance lending was up more than 60% from the first quarter alone, and more than 200% higher than the same time last year.

Such home loans accounted for almost 70% of all first-lien mortgage originations in terms of dollar value, compared to just 39% in the second quarter of 2019.

Meanwhile, home purchase lending was down about eight percent from a year earlier, which is surprisingly strong given the economic uncertainty surrounding the coronavirus.

Some $351 billion in home purchase loans were originated during the quarter, thanks again to low mortgage rates and improved housing affordability that returned demand to its pre-COVID levels quickly.

We Might Set Another Record in the Third Quarter 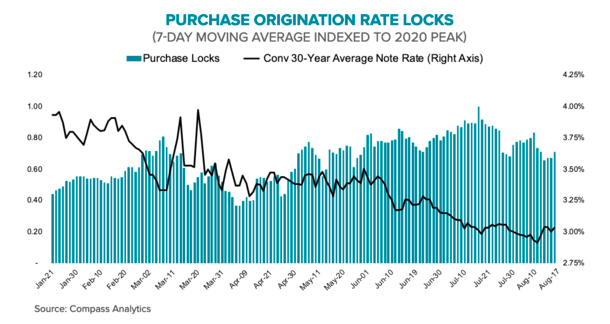 Despite those amazing numbers, the record set in the second quarter might be very short-lived.

Based on rate-lock data gathered by Black Knight, the third quarter is looking like it’s going to be even bigger.

The company said locks on home refinance loans are up 20% from the second quarter, assuming these loans close during the third quarter based on a 45-day lock-to-close timeline (how long does it take to close a mortgage).

They also pointed out that there are still nearly 18 million homeowners with sufficient credit scores and at least 20% home equity who could reduce their mortgage rate by at least 0.75% by refinancing.

And purchase locks that are scheduled to close during the third quarter are 23% higher than the seasonal expectation, which could be an indication of making up for lost time during the early days of the pandemic.

The second and third quarter combined purchase locks are more than 6% above their expected seasonal volume based on January’s pre-pandemic baseline.

So in essence, the traditional spring home buying season was merely shifted into the summer months, which is great news for real estate agents and home builders.

Most Homeowners Refinance with a Different Mortgage Lender 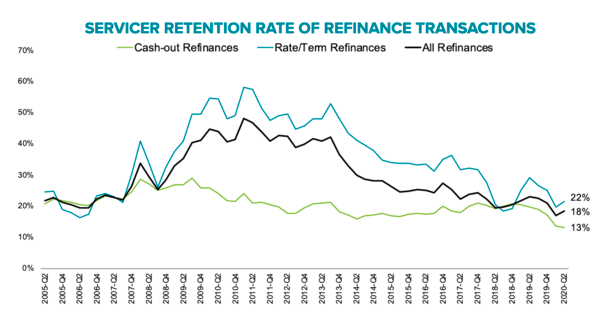 Simply put, most borrowers don’t stick with their old mortgage lender when refinancing the mortgage.

Instead, they go with a new company, as indicated by the fact that just 22% of rate and term refinances and 13% of cash out refinances were retained in loan servicers’ portfolios.

Essentially, less than one in five homeowners went back to their original lender during the second quarter.

Interestingly, the difference in mortgage rate pricing for rate and term refinance borrowers (into GSE mortgages) was only seven basis points lower on average than borrowers who stuck with their original company.

So while pricing is key to drumming up business, it shows lenders could probably retain many of their customers given the very marginal price difference.

Of course, it might be a case of a lender merry-go-round, with lenders simply taking each other’s business over time, as opposed to some lenders losing out.

Nonetheless, identifying those borrowers ripe for a refinance should be a top priority for lenders/servicers if they’re interested in driving more business and growing their portfolios.

previousRounding Up Your Mortgage Payment: Can It Really Save You Money?
nextNOVA Home Loans Review: Arizona’s Mortgage Lender