Nearly One Third of Recent Home Sales Sold at a Loss 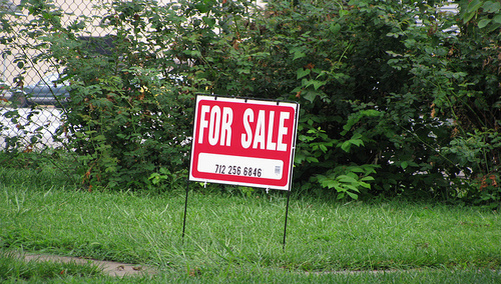 More U.S. homeowners have been forced to sell their homes at a loss as values continue to slide, according to the latest report from Zillow.

Nationally, home prices have fallen 9.7 percent year-over-year and now sit at levels not seen since the fourth quarter of 2004, spelling disaster for those who purchased a home during the recent peak years.

Zillow now estimates that one in seven homeowners has negative equity, and of those who purchased a home in the last five years, that figure is closer to 30 percent.

Over the past year, 30.2 percent of resale homes sold at a loss, up from 23.7 percent in the second quarter.

In 17 markets, including 14 in hard-hit California, more than half of the homes sold went at a loss.

In Stockton, CA, 68.6 percent of homes sold in the past year went for a loss, while 64.5 percent of Las Vegas resales were in the red, as were 47.9 percent of resales in the Los Angeles-Long Beach-Santa Ana metro.

The five-year annualized home price change is -3.8 percent in Stockton and even worse in Detroit, where the 10-year change is a mere 0.9 percent (at least it’s positive).

“The fact that one-quarter of markets in Zillow’s third quarter reports show negative or relatively flat annualized change over five years is an indication of the enormous amount of value that has been taken out of the real estate market through home value depreciation in the past few years,” said Dr. Stan Humphries, Zillow vice president of data and analytics.

“It’s clear we are at a unique point in history; we’ve had seven consecutive quarters of decline, and we expect that to continue until at least the middle of next year.