Pulte Accused of Selling Homes at Above Market Values 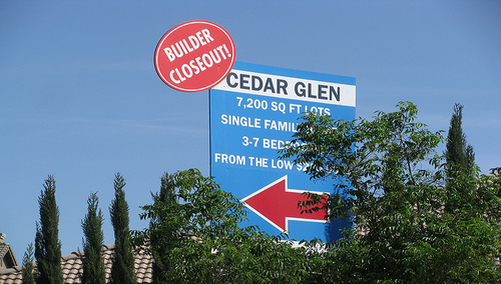 A class action lawsuit led by a California homeowner claims Pulte Homes violated state law by manipulating the sale prices of the properties it sold.

The homebuilder has been accused of unlawful, fraudulent and unfair business acts and practices, negligent misrepresentation, and breach of implied covenant of good faith and fair dealing.

In other words, Pulte allegedly pressured consumers to purchase homes they couldn’t afford, promising steep discounts if they used the company’s financing arm Pulte Mortgage, all the while controlling the entire process via their “one-stop shopping” business model.

“Pulte created an amazing opportunity for itself by closely manipulating all involved parties in the home sale process,” said Steve Berman, lead attorney and managing partner at Hagens Berman Sobol Shapiro, the firm representing the homeowner, in a press release.

“Pulte created a micro-environment inside the marketplace, where it could rig, falsify and inflate reports and pricing to its hearts content and no one had any idea what was happening.”

Apparently Pulte’s settlement and appraisal units “abandoned any presumed neutrality” and did whatever was necessary to ensure homes sold at priced demanded by the homebuilder, thereby propping up home sales that by all accounts should have been flopping.

The supposed “discounts” buyers received were not in fact discounts, as they were simply reductions based on an inflated number well above the appraised value of the home, according to Berman.

“Pulte set homeowners and itself up for failure when it thought it could curtail the housing crisis and maintain inflated home sales,” said Berman. “The company systemically ruined homeowners purely in the pursuit of profits.”

“This scheme transformed the company from a business to a gambling venture and many homeowners have wrongly suffered significant losses.”