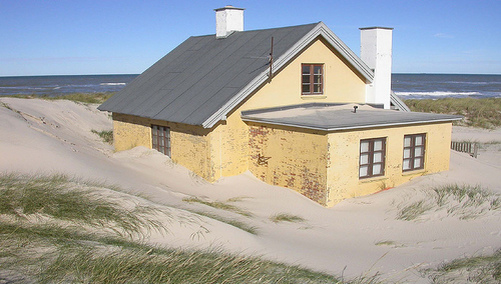 Sales of second homes, otherwise known as vacation properties, slipped 30.8 percent to 512,000 units last year, down from 740,000 in 2007, the National Association of Realtors reported today.

The market share of home purchased for investment stood unchanged at 21 percent, while second home sales accounted for nine percent of total sales, down from 12 percent in 2007.

In 2005, a peak year for speculating (which partially explains how we got into this mess), a staggering 40 percent of homes sales were vacation or investment properties.

“We expected vacation-home sales to fall given the impact of a declining economy on discretionary purchases,” said Lawrence Yun, NAR chief economist, in a release.  “A steady share of investment-home sales results from buyers taking advantage of deeply discounted prices in many areas, with a smaller portion of new homes in the sales mix.”

“As in the market for primary residences, it appears that many sales of deeply discounted distressed homes are pulling down the median price in the second-home market as well,” Yun said.

Of course, he doesn’t seem too concerned because of an expected influx of eligible buyers is on the horizon.

“Given that most people become interested in buying a second home in their 40s, the bulge of population approaching middle age should drive the second-home market over the next decade.”

Perhaps he’s forgetting that many of these same prospects have seen their savings wiped out by the ongoing mortgage crisis.