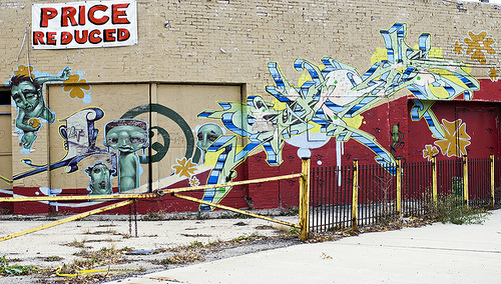 The median price paid for a Southern California home was $285,000 last month, down five percent from October and a record 34.5 percent from November 2007, DataQuick reported today.

November’s median is 43.6 percent below the peak $505,000 median seen in spring and summer of last year, which would explain the millions of underwater borrowers.

While the news is horrific for current homeowners, new homebuyers were enjoying an average monthly mortgage payment of $1,323, down from $2,049 a year earlier.

“Bargains and bargain hunters have kept this market alive through some of the bleakest financial news in memory,” said John Walsh, DataQuick president, in a release.  “There’s this renewed sense that you can score a ‘deal’ – something that had been missing for many years.”

“Last month’s Southland sales weren’t great, given they were the second-lowest for any November in 16 years. But they could have been a lot worse.”

A total of 16,720 new and resales homes and condos sold during November in six Southland counties, a 22.3 percent decline from October, but 26.9 percent more than during the same period a year earlier.

But a whopping 54.6 percent of all resales during the month had been foreclosed on at some point over the past 12 months, up from 50.9 percent in October and 18.8 percent a year ago.

It’ll be interesting to see what effect the lower mortgage rates have on new sales, especially given the fact that rates are expected to fall even lower, which could keep some potential buyers waiting even longer to dive in.