SoCal Median Home Price Up for First Time Since 2007 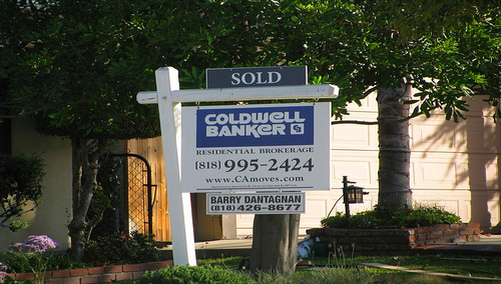 The median sales price of a Southern California home rose year-over-year for the first time since the summer of 2007, according to DataQuick.

However, it remains 42.8 percent below the peak Southland median of $505,000 seen in early and mid-2007, leaving scores of homeowners underwater.

“Several forces have pulled the region’s median sale price out of its nose dive and given it lift,” said John Walsh, MDA DataQuick president, in a release. “We’ve seen the re-selling of foreclosed homes fall off its peak in newer lower-cost inland areas, while at the same time sales have started to pick up in some of the more established expensive areas.”

Foreclosure resales accounted for 39.6 percent of sales last month, down from 53.5 percent in December 2008.

“That simple shift in what’s selling, and what’s not selling, puts upward pressure on the median. That’s statistical. But we’ve also seen price floors, however temporary, form in many areas recently as the foreclosure inventory dwindled and buyers took advantage of lower prices, lower mortgage rates and tax credits. A meaningful comeback in the jumbo loan market would provide another big boost to the pricier areas.”

Jumbo financing was tied to 16.7 percent of all home purchase loans last month, the highest level since January 2008, but nowhere close to the near-40 percent share seen before the mortgage crisis got underway. 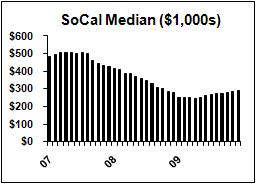