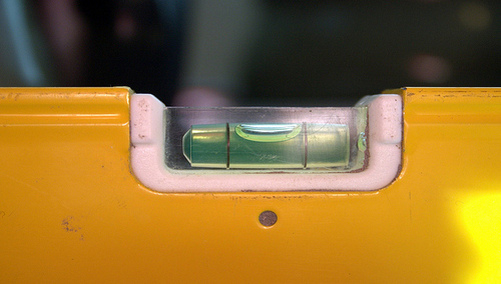 The median price paid for a Southern California home last month was $250,000, the same as in January and February, DataQuick reported.

Unfortunately, it’s hard to gauge the direction of home prices using this measure because 55.4 percent of March resales were previously foreclosed on in the previous year, while higher-cost home sales are stagnant.

Southland home sales were up 27.9 percent from February, which is a common seasonal trend, and up 52.1 percent from March 2008, the slowest March in DataQuick’s 21-year history.

Jumbo loans accounted for just 10 percent of home purchases last month, down from roughly 40 percent two years ago; FHA mortgages made up 37.8 percent of purchase mortgages, up from 10.1 percent last year.

“We’re still waiting for the upper half of the mortgage market to open up,” said John Walsh, MDA DataQuick president. “We know that sales of lower-cost housing, especially foreclosure resales in Riverside and San Bernardino counties, are driving today’s market. What we don’t know is how the recession has affected the more expensive neighborhoods.”

“Of late the statistics haven’t represented the overall market. Rather, to a large extent they’re simply a reflection of what is selling – mainly distressed properties and homes in the more affordable neighborhoods,” Walsh added. 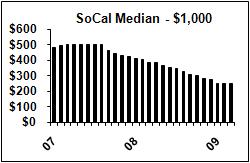