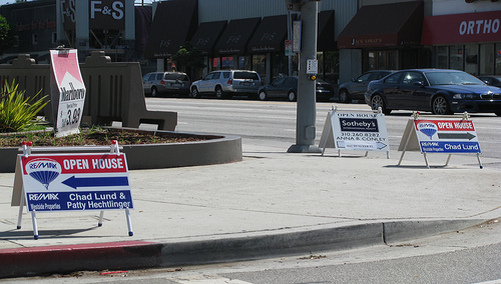 A new report released today by IHS Global Insight and PNC Financial Services Group revealed that the nation’s housing market as a whole is “slightly undervalued,” but said there was no sign of a bottom.

The so-called “House Prices in America” fourth quarter update found that home prices had fallen a collective 9.9 percent from their 2007 peak, although much more in sand states like California and Florida.

Home prices fell at an annualized rate of 13 percent nationwide and dropped in 92 percent of the nation’s metro areas, with the greatest declines of the current cycle seen in the fourth quarter.

Price contraction has been the worst in the Southwest and Southeast, areas of the country that were deemed the most overvalued.

“When the 330 metro areas were weighted by market value, the U.S. was 8.4% undervalued; when weighted by housing units, the nation was 10.2% undervalued,” the report said.

Extreme overvaluation was only present in one metro area, Atlantic City, NJ, compared to 52 metros that met that description three years earlier; the Pacific Northwest is the only remaining overvalued region.

“Markets where the boom was greatest, and the fall the hardest, will be watched carefully for any signals that may indicate a trend towards stability and potential growth.”

Home prices in five metros in California’s Central Valley have slipped to less than half their peaks, while 38 other metros have declined by more than 30 percent.

“In all, 119 metros, more than one third of the total, experienced price declines of more than 10%,” the report said.

The study determines what house prices should be, accounting for differences in population density, relative income levels, and historically observed market premiums or discounts.