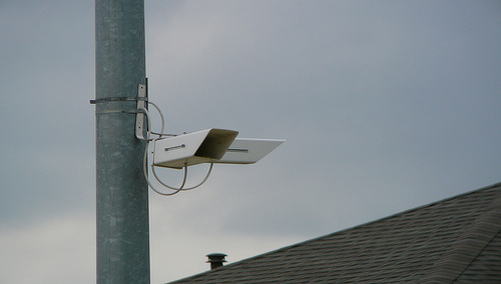 “Many of the problems we have seen in the housing markets can be traced to the use of third party mortgage originators by lenders who exercised insufficient oversight over them,” she said in prepared remarks posted on the FDIC website.

“As spelled out in recent guidance to the industry, we hold bank management responsible for evaluating, selecting, and controlling third party relationships in a way that protects their customers, shareholders, and public reputation. Specifically, banks may not use third party providers to avoid compliance with risk management and consumer protection requirements applicable to the bank itself,” she added.

Bair noted that banks and mortgage lenders were able to cut costs and seamlessly expand their service offerings by using third-party originators like mortgage brokers, but warned that such activities entailed inherent risks, both legal and reputational.

“More vigilant oversight of third parties can also help banks protect themselves from fraudulent origination activity. Cracking down on mortgage fraud in particular is a safety and soundness issue for both the banking industry and the housing markets,” she said.

The difference between Bair’s argument and others that tend to blame third-party originators outright is the notion that the onus is on the banks and mortgage lenders to oversee those it chooses to work with.

Clearly incentivizing hefty loan volumes and high-risk loan programs like the option-arm will result in increased levels of fraud and a higher frequency of bad choices made without borrowers’ best interests in mind.

Mortgage brokers have been one of the most highly scrutinized players in the mortgage industry, but recent remarks from the Craig Cole, senior vice president of Union Bank of California, claim brokered loans perform as well as retail ones.

Cole, who spoke with Matthew Padilla over at Mortgage Insider, said the trick is to work with the right mortgage brokers; the bank currently has 80 hand-picked brokers whose loans are monitored over time.

While it may cost more to monitor brokers, it’s probably still cheaper than taking on full-time employees, and breathes life back into a segment of the industry that seemed to be all but gone.

Take a look at what I think caused the mortgage crisis.