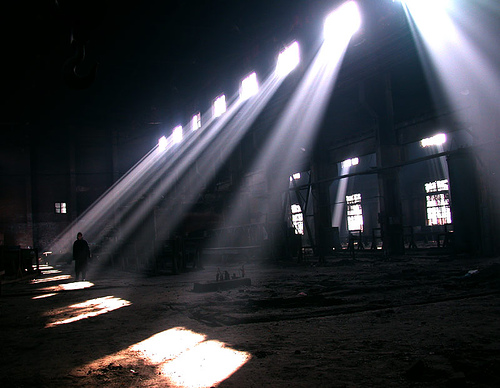 The inevitable happened today. Shares of Countrywide, the largest mortgage lender in the United States took a relatively large tumble after an analyst downgrade and fresh bankruptcy fears.

Early this morning, Countrywide was downgraded by a Merrill analyst who felt the lender could be in a situation similar to that of Thornburg Mortgage, which received five analyst downgrades a day prior.

While I do feel Countrywide is in serious trouble, I don’t think bankruptcy is likely.

As I mentioned in a previous post, Countrywide is facing mounting liquidity issues as it continues to struggle selling its growing stockpile of loans on the secondary market.

Sure it’s possible, anything is possible right? But is it probable?

So basically, in so many words, if the financial markets completely collapse and Countrywide runs out of money, the company has a chance of going bankrupt.

Not exactly groundbreaking news, and that’s why I brought this up a week ago, knowing that Countrywide wasn’t exempt from the woes felt by every other lender in the industry.

And believe me, no company is exempt, especially the top loan originator in the United States in terms of volume over the last six months.

Countrywide doubled the volume output of their nearest competitor over the last six months, so yes, there is a lot of risk on the shoulders of this lender in the current lending environment.

But to say they may go bankrupt seems like we’re fast forwarding a bit.

Here’s what I think will happen. I don’t think Countrywide will go bankrupt.

I think Countrywide will dissolve their correspondent lending division as well as their wholesale division to stay afloat.

Both of these units are higher-risk than their retail lending arm because they involve mortgage brokers and other wholesale mortgage companies.

And quality control, mortgage underwriting standards, and efficiency are all undermined when you deal outside your own roof, so it’s just too much of a liability to keep them open (plus they don’t have enough money to keep them open).

I think once they free up these positions they will have increased liquidity to manage the rest of their portfolio and their existing day-to-day obligations, and at that point, may be a potential takeover candidate for Bank of America.

So before you jump on the bankruptcy train, look for Countrywide to wind down some of their departments, namely wholesale and correspondent lending.

Update one: I’ve been told that Countrywide changed their stated income guidelines, and many near-funded loans will need to be sent back into underwriting as full doc loans.