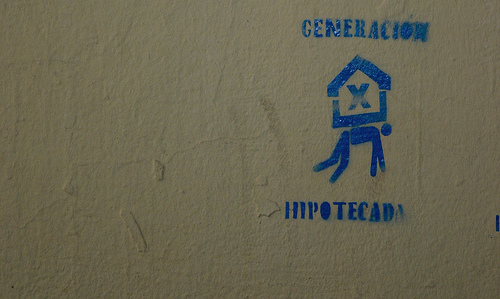 Early Tuesday morning Countrywide Financial Corp., the largest U.S. mortgage lender, offered to refinance or modify up to $16 billion of adjustable-rate mortgages through the end of 2008.

“Countrywide believes that none of our subprime borrowers that have demonstrated the ability to make payments should lose their home to foreclosure solely as a result of a rate reset,” Countrywide President David Sambol said in a statement.

Countrywide said it has already helped 31,000 subprime borrowers with ARMs refinance into greater than $5 billion of prime, fixed-rate mortgages.

Of course the word “helped” should be used loosely, as many of these borrowers may have been better off with a fixed-rate loan to begin with had they been steered towards those programs originally.

Countrywide cut subprime lending out of its regime about a month ago, and adjustable-rate mortgage volume plummeted 76 percent in September as the industry continued to move away from high-risk loans.

The announcement comes just one day after FDIC Chairman Sheila Bair again said lenders should do more to assist borrowers at risk of losing their homes.

“Unprecedented times call for unprecedented remedies,” Sambol said. “We are determined to assist borrowers who have the willingness and wherewithal to remain in their homes, but need a little help.”

Adjustable-rate mortgages worth a record $50 billion are scheduled to reset to higher payments this month, while roughly 1.3 million subprime ARMs are due to reset between now and the end of 2008.

Update: The Neighborhood Assistance Corp. of America will work with Countrywide to help borrowers restructure loans.