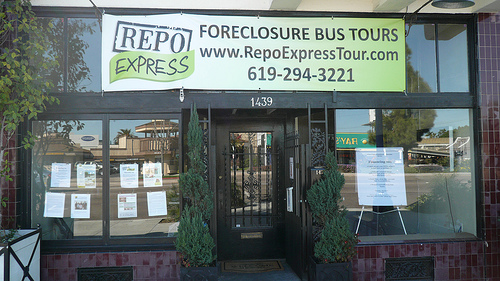 Countrywide Financial released operational data for the month of February today, revealing a drop in loan production and a rise in foreclosures.

The Calabasas, CA-based mortgage lender funded $25.6 billion in loans during February, an increase from January but markedly lower than the $35.2 billion funded a year earlier.

Retail fundings of $12.4 billion and wholesale fundings of $3.5 billion were at their highest levels since last August as correspondent lending slipped.

Refinance volume surged during the month as well, with $19.5 billion in fundings, compared to just $15 billion a month earlier.

Purchase funding volume fell to just $6.1 billion, less than half the $12.6 billion funded a year earlier.

And it looks like March will be a bit slower than February, as average daily mortgage loan application activity slid to just $1.9 billion, down from $2.6 billion for January 2008.

A year ago it stood at over $3 billion per day on average.

As of the end of February, the mortgage loan pipeline shrunk to $48 billion, down from $51 billion in January and $64 billion a year ago.

But despite a slip in production, foreclosures as a percentage of unpaid balance rose to 1.64 percent during the month from 1.48 percent in January and 0.80 percent a year earlier.

The delinquency rate actually decreased for the first time in 10 months, falling to 7.44 percent from 7.47 percent in January, but still remains far above the 4.48 percent clip a year ago.

The mortgage loan servicing portfolio increased by $1.6 billion from January to $1.48 trillion at the end of February, and banking deposits rose to $64 billion from $60 billion in January.

Total banking operations assets now stand at $112 billion, up from $111 billion in January and $84 billion a year ago.