Default Notices Down Sharply in California During Fourth Quarter 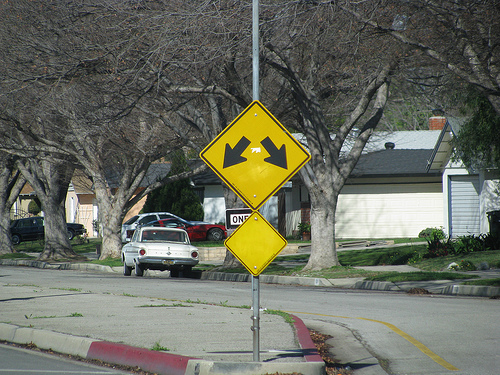 Mortgage default notices fell precipitously during the fourth quarter in California thanks to new legislation that made it more difficult for mortgage lenders to initiate foreclosure proceedings, DataQuick reported today.

Recorded default notices, the first step of the foreclosure process, peaked at 121,673 in the second quarter of 2008.

From March to August, lenders sent an average of 40,000 default notices per month before recordings slid to just 14,995 in September after Senate Bill 1137 took effect.

The bill requires lenders to attempt to make contact with their borrowers, then wait 30 days after satisfying certain due diligence requirements before beginning the foreclosure process.

“No one expected defaults to stay at the much lower levels we saw immediately after the new law took effect last fall” said John Walsh, DataQuick president, in a statement.

“The bigger question is whether or not the housing market has hit a low and is dragging along bottom, or if the markets that so far have remained unaffected by the foreclosure problem are due for a fall. With today’s atypical market trends, it’s impossible to predict.”

The majority of loans that went into default were originated between October 2005 and January 2007, primarily in affordable inland areas of the state where subprime lending festered.

On primary mortgages, California homeowners were a median five months behind on mortgage payments and owed $12,867 when a default notice was filed.

Mortgages were most likely to go into default in the counties of Merced, Stanislaus, and San Joaquin, with the opposite true in San Francisco, Marin, and San Mateo.

Trustee Deeds, where a home is actually lost to foreclosure, totaled 46,183 during the fourth quarter, 41.9 percent below the third quarter but 45.8 percent above year-ago levels.

Earlier this month, ForeclosureRadar reported that defaults rocketed higher in December after slowing in previous months, indicating that the bill’s effect was short-lived, and did little more than delay a growing problem.