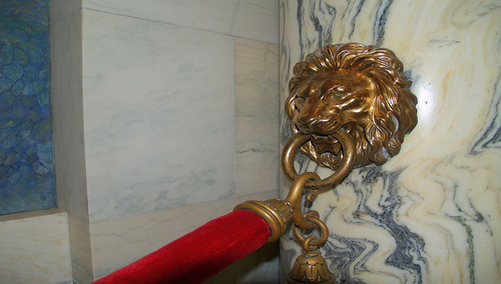 Countrywide CEO Angelo Mozilo reportedly originated home loans at a discount for preferred customers known internally as “friends of Angelo,” according to the Wall Street Journal.

While it’s not illegal for mortgage lenders to provide certain clients with special rates and terms, Fannie has a code of conduct that prohibits the acceptance of loans with preferred terms from potential business partners without prior review and approval.

The pair also received similar, favorable mortgage rates on prior home loans dating back as far as 1998, although the disparity was less significant.

Per the article, a Countrywide spokesperson said Mozilo sometimes provided “moderate” concessions to special borrowers, but not all his requests were met.

While the rates extended to these borrowers clearly seem preferential, it’s pretty common for anyone in the know to receive a “below-market” rate as long as they have some knowledge of the process and a friend in the business.

Couple that with the fact that these borrowers were surely able to document income and assets and provide a large down payment, and these rates may not seem that far from those extended to the most creditworthy of borrowers.

To that end, it’s unclear to what extent these borrowers were favored, but it’s abundantly clear Countrywide will continue to be firmly positioned under the media spotlight until the brand is swallowed up by Bank of America next quarter.

Update: James Johnson announced his retirement from the Obama campaign, citing the increasing distraction as a result of this discovery.