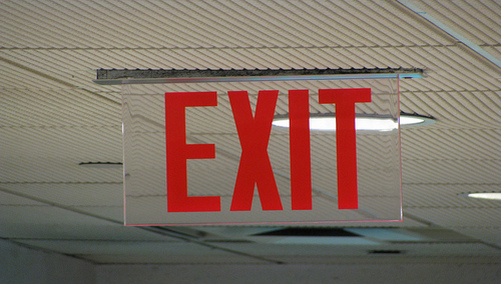 National City reported a third quarter loss of $729 million, down from the $1.8 billion loss in the second quarter but far exceeding the $19 million loss seen a year earlier.

The results were driven by a $1.2 billion provision for loan losses and $844 million in net charge-offs, tied primarily to the company’s so-called Exit Portfolio, made up of bad loans slated for run-off.

However, the company noted that the partitioned portfolio has shown “stable or improving trends,” and contains no option-arm exposure (they love claiming that).

The company said undrawn home equity lines have declined by $2.9 billion since year end, another initiative implemented to mitigate risk.

Loans 90 days or more past due totaled $1.1 billion as of September 30, down slightly from the end of the second quarter thanks to roughly $500 million in monthly run-off in the Exit Portfolio.

However, nonperforming assets totaled $3.5 billion as of the end of the third quarter, up $411 million from the preceding quarter, much of it related to commercial, construction, and exited mortgage loans.

As of the end of the third quarter, Tier 1 risk-based capital stood at 10.98 percent, $6.6 billion in excess of the “well capitalized” minimum set by its regulator.

National City also disclosed that it would shed about 4,000 jobs, or 14 percent of its current workforce, over the next three years.