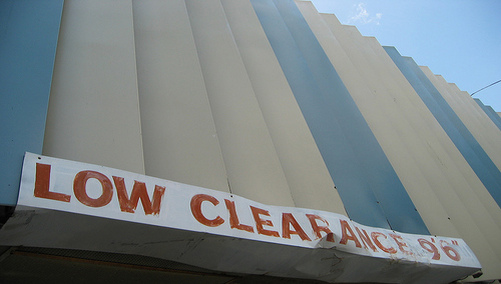 FDIC insured commercial banks and savings institutions reported net income of $105.5 billion in 2007, a decline of $39.8 billion or 27.4 percent from the $145.2 billion earned in 2006, thanks in part to higher loan loss provisions tied to bad mortgages.

The FDIC also said fourth-quarter earnings dropped to just $5.8 billion, compared to profit of $35.2 billion a year ago, the lowest level since the fourth quarter of 1991.

“It’s no surprise to anyone that the second half of 2007 was a very tough period for the banking industry. Fourth quarter results were heavily influenced by a number of well-publicized write-downs by large banks,” said FDIC Chairman Sheila C. Bair, in a statement.

“Weakness in the housing sector and the credit squeeze in financial markets made it a very challenging time for many institutions. And we can expect these problems to continue in 2008.”

Despite the record decline, nearly half of all insured institutions reported increased net income in 2007, with six large institutions accounting for more than half of the year-over-year decline in quarterly net income.

At the same time, one out of every four institutions with assets greater than $10 billion reported a net loss during the quarter.

A whopping 1.39 percent of industry’s loans were noncurrent (90 days or more past due or in nonaccrual status) at the end of the quarter, the highest percentage since the third quarter of 2002, and the largest quarterly increase in the 24 years data has been reported.

“A key issue that we’ll be focusing on in the months ahead is asset quality,” Chairman Bair said. “The rising trend in noncurrent loans indicates that write-offs and loss provisions will likely remain high for the near future.”

“We’ll also need to keep a close eye as we’ve been doing for a number of months on loan portfolios other than housing, including commercial real estate, credit cards, and small business. All of these are showing signs of stress as housing market weakness continues.”