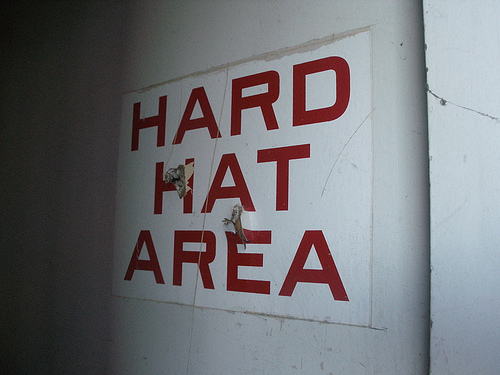 Banks and mortgage lenders have tightened their underwriting guidelines for all types of home loans amid the ongoing credit crunch, according to the quarterly loan officer survey released today by the Fed.

The so-called “Senior Loan Officer Opinion Survey”, based on responses from 56 domestic banks and 23 foreign banking institutions, found that roughly 55 percent of domestic respondents felt their banks were tightening lending standards, up from 40 percent in October.

And of the 39 banks that originated so-called nontraditional residential home loans, about 85 percent reported tougher lending standards on such loans over the past quarter, up from 60 percent in October.

The survey also found that five of the seven banks that originated subprime mortgages said they had tightened their lending standards, a similar proportion to the previous poll.

About 60 percent of domestic respondents indicated that demand for prime residential home loans had declined in the past three months, while 70 percent noted weaker demand for nontraditional and subprime mortgages during the same period.

Regarding expected delinquencies tied to residential real estate loans, roughly 70 to 80 percent of domestic respondents expect the quality of their prime, nontraditional, and subprime residential mortgage loans, as well as of their revolving home equity loans, to deteriorate in 2008.

While about 70 percent of domestic respondents expect deterioration in the quality of both credit card accounts and other consumer loans.

With regard to loss mitigation, more than 85 percent of respondents expect individual loan modifications based on borrowers’ circumstances to be a somewhat significant strategy at their banks, though nearly two-thirds believe short sales or deed-in-lieu of foreclosures will be just as significant.

A lesser 35 percent expect streamlined loan modifications like those proposed by the Hope Now Alliance to be at least a somewhat significant loss-mitigating strategy for their banks.