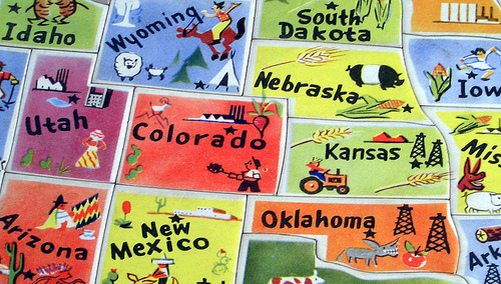 The Federal Reserve announced the release of a series of dynamic maps and corresponding data that illustrates the quality of subprime and Alt-A mortgages throughout the country.

The maps, which are maintained by the Federal Reserve of Bank of New York and scheduled to be updated monthly, display the conditions and density of owner-occupied subprime and Alt-A home loans at the state, county and zip code level in the United States.

The data is drawn from FirstAmerican CoreLogic, LoanPerformance and one suggested use of the maps is the “identification of existing and potential foreclosure hotspots” in the nation.

It’s a pretty powerful system, and after fiddling with it for a few minutes, I found some interesting statistics.

In the state of California, 83.20 percent of Alt-A loans are classified as “low or no documentation” and 72.10 percent are adjustable-rate mortgages.

Of subprime loans in the state, 47.50 percent are considered “low or no documentation” and 6.50 percent have a loan-to-value above 90 percent and a Fico score below 620 (layered risk).

But a whopping 21.10 percent of subprime loans in Wyoming have both a loan-to-value above 90 percent and a Fico score below 620.

You can also see what percentage of loans are 90 days delinquent or in foreclosure, the median combined loan-to-value, share of ARMs resetting in the next 12 months, and more.

Interestingly, 43.20 percent of the subprime loans in California are slated to reset in the next 12 months, compared to just 3.90 percent of Alt-A loans. Get ready for a flood of fixed-rate mortgage applications!