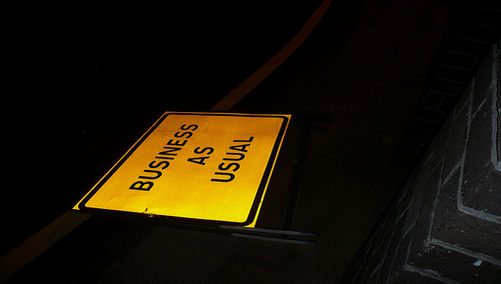 More shenanigans at the FHA.

The nomination of FHA commissioner David H. Stevens was held up yesterday thanks to a lawsuit involving his current employer Long & Foster.

The Washington D.C.-based real estate brokerage where Stevens has been president for seven months was accused of violating federal anti-kickback laws through its affiliated lending arm Prosperity Mortgage.

Though Stevens is not named in the lawsuit, concerns forced the Senate Banking Committee to postpone its vote pending more information.

The lawsuit contends that Long & Foster real estate agents were pushed to use Prosperity Mortgage, a joint venture between Long & Foster and Wells Fargo, for the financing of mortgage loans in exchange for kickbacks.

The affidavit cites a Washington Post story from November 2007 in which Long & Foster chairman P. Wesley Foster Jr. chastises his agents via e-mail for using mortgage lenders other than Prosperity to obtain financing, though the memo was apparently written by Stevens.

A statement released by Long & Foster claims the memo was written by Stevens and complies with federal law, noting that there’s nothing wrong with asking agents to utilize a partnership so long as they don’t require them to do so or pay them in return.

The Department of Housing and Urban Development also reviewed the memo and determined it hadn’t violated federal laws.

Stevens has certainly had an interesting past, serving major roles at World Savings, where he was the National Sales Manager, and at Freddie Mac, where he was in charge of product development.

World Savings eventually went on to kill Wachovia thanks to its stable of option arms and Freddie Mac is now in conservatorship, partially because of bad business bets.