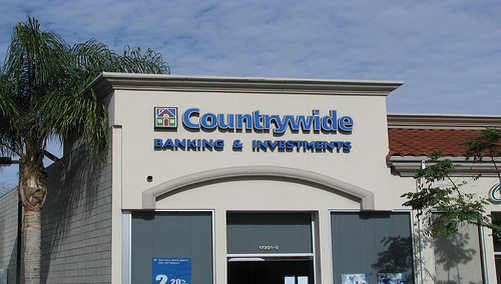 The former CEO of embattled mortgage lender Countrywide, Angelo Mozilo, has been charged with securities fraud by the SEC.

The ex-Countrywide boss, along with former chief operating officer and president David Sambol and former chief financial officer Eric Sieracki, was charged “for deliberately misleading investors about the significant credit risks being taken in efforts to build and maintain the company’s market share.”

“This is the tale of two companies,” said Robert Khuzami, Director of the SEC’s Division of Enforcement. “Countrywide portrayed itself as underwriting mainly prime quality mortgages using high underwriting standards. But concealed from shareholders was the true Countrywide, an increasingly reckless lender assuming greater and greater risk.”

“Angelo Mozilo privately described one Countrywide product as ‘toxic,’ and said another’s performance was so uncertain that Countrywide was ‘flying blind.'”

The ex-boss was also accused of insider trading, related to his dumping of Countrywide stock just before the mortgage crisis went into full swing.

After the collapse of his company in late 2007, Mozilo agreed to forego his $37.5 million in severance pay in light of public criticism, but that seemed more for show than anything else.

Between 2002 and 2007, he raked in hundreds of millions of dollars in salary and stock options, curiously accelerating share sales as the housing market worsened.

Despite the outright failure of his company and its infamous role in the ongoing crisis, Mozilo has admitted to no wrongdoing.

Instead, he has defended risky loan programs like adjustable-rate mortgages and option arms, claiming they opened the doors to homeownership.

“The SEC’s complaint alleges that Mozilo believed that the risk was so high that he repeatedly urged that Countrywide sell its entire portfolio of Pay-Option loans.”

That suit alleges Countrywide put borrowers in misleading or unaffordable loans (of which Mozilo should have been aware), among other things.