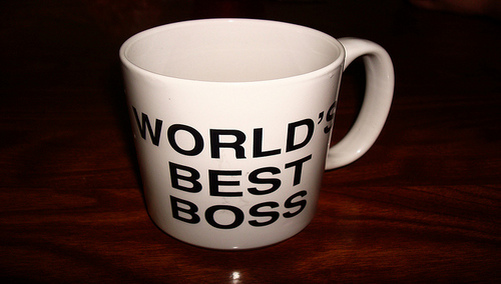 A former World Savings executive, and current president of mid-Atlantic real estate company The Long & Fosters Companies, is expected to be selected today to run the FHA.

Though the Obama administration has yet to make the announcement, the Washington Post said the man in question, David H. Stevens, is already undergoing required background checks. Let’s do our own.

Stevens began his career as a “loan originator” back in 1983 at World Savings Bank, before progressing to Group Senior Vice President, National Sales Manager for the mortgage division.

He then made his way over to Freddie Mac, where he served as Senior Vice President of the Single family business, responsible for all sales, marketing, business strategy, affordable lending, and product development for the firm.

Later, he ran the wholesale lending business nationally for Wells Fargo, before eventually making his way over to Long & Foster.

By the way, World Savings killed Wachovia, Freddie Mac is in conservatorship, and Wells Fargo’s wholesale presence is limited at best; do you believe in trends?

Now it’s unclear if Stevens was involved with any of those toxic option arms World Savings spewed out, or if his advising in affordability products led to the decline of Freddie Mac, but let’s hope he gets things right at the FHA.

In recent months, the FHA has taken on a huge role in the mortgage industry, accounting for a staggering 21.13 percent of market share as of September 2008, and more recently a lot more.

The good news is the FHA seems to be taking some risk mitigating actions, such as limiting cash-out refinances to 85 percent and stamping out seller-paid down payment assistance loans.

All important things, considering 2009 FHA loan volume is projected to be as high as $400 billion; so he’ll be plenty busy, especially with defaults rising above 6.5 percent.