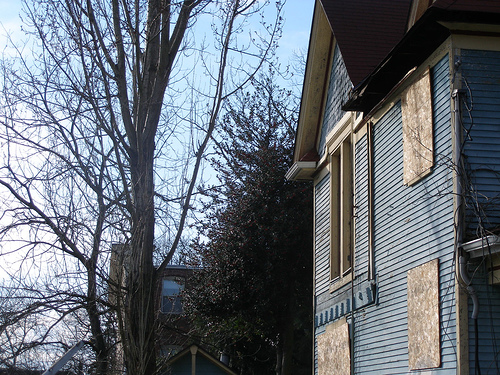 Freddie Mac Chief Richard Syron addressed homebuilders in prepared remarks at the NAMB Annual Convention in Orlando yesterday, calling the current housing correction the worst seen in our lifetime, “unless you’re over 80.”

He noted that the housing boom was initially driven by cheap home sales and steady price appreciation that eventually got out of hand, leading to unaffordable housing and the emergence of exotic loan programs designed to bring monthly mortgage payments down.

“Eventually, the market began to get ahead of itself. Prices continued to rise faster than household incomes, stretching affordability not just in high-cost markets, but in other areas of the country as well.”

“In response, there was a proliferation of new “affordability” mortgage products aimed at lowering the initial costs of financing a home. While most of these products worked reasonably well when house prices were rising, many could be dangerous if prices stagnated and began to fall.”

“Part of the danger was the high debt levels people took on. For example, under today’s market conditions, a 95 percent loan-to-value (LTV) mortgage originated two years ago may be effectively 110 percent LTV today. By contrast, during the boom, this same 95 percent LTV mortgage would have been down to an 80 percent LTV after two years.”

Of course that led to an eventual credit tightening, with a lack of available credit outside of prime conforming mortgages further dampening slumping homes sales and making life difficult for homeowners in higher cost markets.

“Many observers have noted that the only part of the market behaving more or less normally is the conforming market, the one in which Freddie Mac and Fannie Mae – the government-sponsored enterprises, or GSEs – primarily operate.”

“By contrast, borrowers in the jumbo market are paying up to a full percentage point more for a mortgage. That’s a record high, and about four times the normal spread.”

Syron went on to explain that the conforming loan limit increase signed into law by President Bush yesterday was a positive initiative, but one that presents a series of challenges to the GSEs.

Should be interesting to see how this plays out, and how much cheaper jumbo loans will be once the system is ironed out.