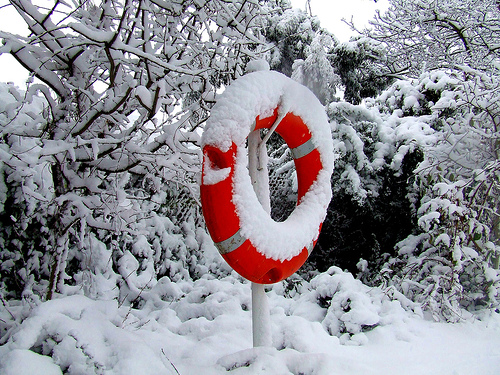 The National Community Reinvestment Coalition released a statement slamming the Fed for bailing out banks while failing to address predatory lending allegations and leaving scores of homeowners at risk of foreclosure.

“Those are the first major actions to bail out several large banks for irresponsible lending practices that have predisposed millions of families to foreclosure, destabilized the US economy and global markets, and now are exposing the Federal government to billions of dollars worth of risky assets.”

The group said that while banks and mortgage lenders are being rescued, homeowners have yet to receive any “meaningful assistance,” noting that current efforts like repayment plans do little more than delay the problem.

“It’s frustrating to see working families ignored, while billions of dollars begin to flow to bail out the institutions that caused the problem,” said NCRC President & CEO John Taylor.

“The Administration is not concerned with the moral hazard of encouraging financial institutions to pursue reckless and irresponsible behavior that endangers the American taxpayer and economy,” said Taylor. “But they are completely ready to punish working families using ‘moral hazard’ as the excuse.”

Taylor added that the Fed has acknowledged predatory lending as a widespread problem but has failed to address past abuses that have left homeowners in unsustainable loans.

The NCRC has proposed an initiative called Homeowners Emergency Loan Program or HELP Now, a plan to purchase loans from securitized pools at a steep discount and apply the discount to the outstanding loan amounts to facilitate loan modifications and/or a refinance.