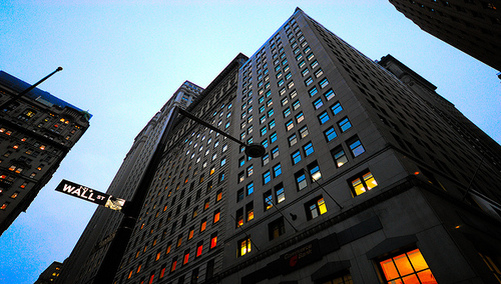 The Independent Budget Office of New York City released its preliminary budget analysis for 2009 today, revealing that last year was one of the worst on Wall Street as the mortgages crisis ate into firms’ profits.

“Problems in the U.S. housing market have spilled over into financial services—the industry that drives New York City’s economy,” the report said.

“With financial institutions expected to ultimately write-off several hundred billions of dollars of assets, they have sharply reined in lending and other activities. After near-record profits of $20.9 billion in 2006, IBO projects that the final tally of Wall Street profits in 2007 will be $3.2 billion, their lowest level since 1994.”

The report noted that this year isn’t expected to be much better, with projected profits of just $6.6 billion, followed by $12.2 billion in 2009.

The IBO forecasts a loss of $0.9 billion for the first quarter of 2008, but then expects positive quarterly profits for the remainder of the year.

“As the financial sector’s woes spread through the rest of the local economy, IBO projects that employment growth will stall this year and next.”

According to the report, a “brief recession” is underway and expected to continue during the first half of 2008, followed by moderate growth in the second half, with New York City likely to be hit harder because of its reliance on the financial sector.

“The effects on employment growth and personal income will be deeper and longer lasting here in the city than in the nation as a whole.”

The IBO said tax revenues in NYC are expected to fall this year and next, the first time since the Sept. 11 attacks, but should rise in 2010 when the U.S. economy begins to rebound.

See the complete list of banks, mortgage lenders, and other financial institutions affected by the ongoing mortgage crisis.