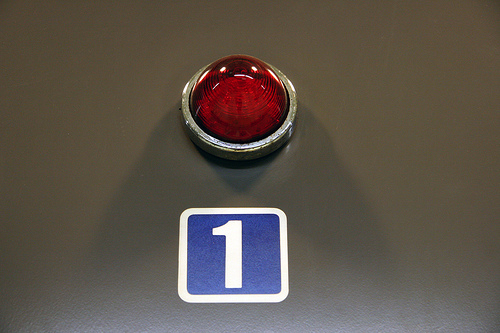 IndyMac Bancorp posted a fourth quarter loss of $509.1 million, or $6.43 per share, compared with a profit of $72.2 million, or 97 cents per share in the same period a year earlier due to higher credit costs.

The company said it absorbed $863 million in total pre-tax credit costs during the quarter, which ultimately led to the loss.

Analysts polled by Thomson Financial expected a much more modest loss of just $1.57 a share.

It was the Pasadena-based mortgage lender‘s first annual loss in its 23-year history.

“2007 was a terrible year for our industry, for IndyMac and for you, our owners,” Chief Executive Michael Perry said in his annual letter to shareholders today.

“Innovative home lending went too far,” Perry said. “All home lenders, including IndyMac, were a part of the problem, and, as IndyMac’s CEO, I take full responsibility for the mistakes that we made.”

At the same time, he noted that the loss was “consistent with nearly every other large financial institution in the mortgage lending and securitization business.”

During the quarter, the company’s total loan production was just over $12 billion, compared to $26 billion in the period a year ago.

The company said its mortgage broker channel saw production fall by $4.7 billion, or 37 percent during the quarter, compared to a year ago, reflecting the ongoing retail push for lenders.

Non-performing assets jumped to 4.61 percent of total assets, up from just 0.63 percent a year ago, while the allowance for loan losses to total loans held for investment climbed to 2.42 percent from 0.61 percent.

The company said it expects charge-offs to “increase substantially” this year compared to 2007, but said its stockpile of credit reserves should absorb most of them.

At the end of the quarter, credit reserves for future losses totaled $2.4 billion, up from $619 million a year earlier.

“Our goal is to return IndyMac to profitability in (the second quarter) and grow our profit each quarter thereafter, and I believe that we have a realistic shot of achieving this goal,” Perry said.

The second largest independent mortgage lender also said it was suspending its $1 a year dividend “in light of current financial performance,” but would pay preferred shareholders 53 cents.