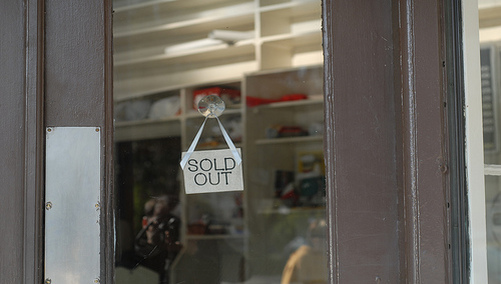 Prospect Mortgage, a unit of private equity group Sterling Partners, announced today that it has entered into an agreement to acquire most of Indymac’s retail mortgage branches a day after the Pasadena-based mortgage lender halted most loan origination.

While the press release didn’t provide specifics, it is believed that 60 Indymac branches will be re-branded under the Prospect Mortgage name and 750 employees will be part of the migration.

Interestingly, Metrocities Mortgage, a unit of Prospect Mortgage, today carried out an undisclosed number of layoffs, though it’s unclear if they have anything to do with the aforementioned agreement.

In related news, Indymac sent a letter to clients notifying them that a one percent rate lock fee (of the loan amount) would be required to continue processing locked loans, which is due by 5pm Thursday.

While the fee will be credited back to the mortgage broker if the loan is declined or funded, the agreement requires a one percent fee based on the client’s total locked pipeline.

So those with a large number of loans will need to put up some serious cash, though they could lose much of that investment if a handful of their loans fail to close before the lock expires (no lock extensions are being accepted).

The deadline for refinance loans to fund is July 31 and August 15 for purchases, and loans that do not fund by that time will lose the associated rate lock fee, and result in a lost loan.

It’s unclear if this policy has anything to do with the recent run on the bank’s deposits, but it’s obvious that Indymac is not facilitating the funding process.