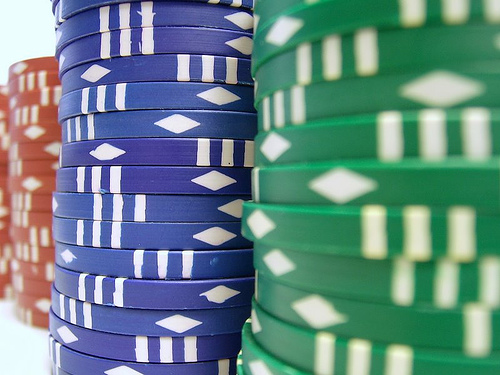 Legg Mason’s Capital Management Unit disclosed that it has raised its stake in beleaguered mortgage lender Countrywide Financial to 14.9 percent of shares outstanding, up from 11.8 percent at the end of December.

The Baltimore-based company also noted that it would buy more shares if provisions were removed that prevent unsolicited purchases of more than 15 percent of the company.

According to a company spokesman, Legg Mason essentially took advantage of an arbitrage opportunity, as shares of Countrywide were trading at roughly 20 percent below the $7.80 per-share value post merger as uncertainties swirled.

In fact, shares of Countrywide are still trading at about 12 percent below the Bank of America asking price, signaling that investors believe the deal still has some hurdles to climb.

Legg Mason Value Trust mutual fund manager Bill Miller wrote in a letter that he was surprised Countrywide shareholders accepted a bid below book value and noted that recent positive action by the Fed could begin to turn things around.

“We were quite surprised by the decision to sell the company at close to a seven-year low in the stock price, and agreeing to a bid that amounts to only 30% of book value and under 3x consensus earnings for 2009,” he wrote.

He also noted that his company might vote against the proposed Bank of America merger if it’s believed that the struggling mortgage lender could go it alone.

Two weeks ago, hedge fund SRM Global, which holds about a five percent stake in Countrywide, said the proposed merger “does not provide sufficient value” to its shareholders and said it may attempt to speak with the companies and/or shareholders to negotiate a better deal.

Based on this news, and opposition from consumer advocacy groups, it doesn’t look like the merger, if it does indeed occur, will take place quietly.

Update: SRM upped its stake to 5.5 percent from 5.2 percent and sent a letter to Countrywide’s board saying the company failed to act in the best interest of its shareholders.