Loan Guarantee Program in the Works 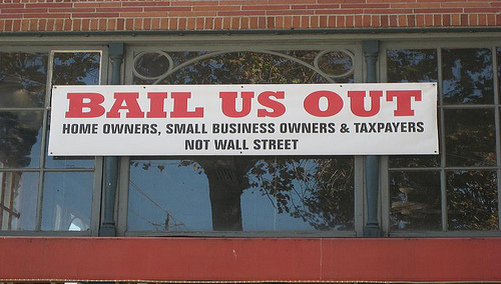 As previously speculated, the Treasury and the FDIC are reportedly working on a systematic loan modification program aimed at helping roughly three million troubled homeowners, according to sources close to the situation.

The plan will rely on loan guarantees to motivate servicers and lenders, a strategy originally recommended by FDIC Chairwoman Sheila Bair, who will probably head the program.

Bair has been praised for her work on Indymac’s troubled servicing portfolio, in which she quickly implemented a loan modification program that has been extended to 15,000 borrowers in just two months.

It is believed that roughly $50 billion of the recently passed bailout funds will be utilized to guarantee about $500 billion in troubled mortgages for millions of American homeowners.

Those who receive a loan modification via the new program will likely receive reduced interest rates for a period of five years, and then a standard 30-year fixed-rate mortgage at the current market rate, similar to the Indymac model.

The new mortgage rates will be determined by the borrower’s ability to repay the loan, likely based on a certain debt-to-income ratio to ensure the loan is sustainable and doesn’t fall back into default.

Indymac borrowers who received similar loan modifications have saved an average of $430 a month on their mortgage payments, with some enjoying rates as low as three percent (sorry responsible homeowners).

The plans are still up in the air, and could easily change, but an official announcement on the matter is expected as soon as tomorrow.