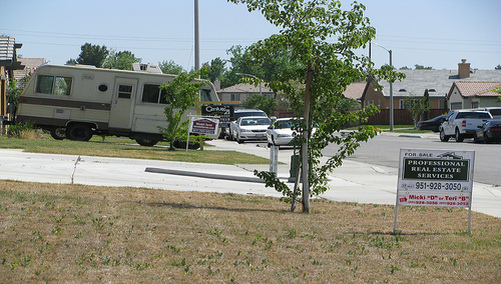 Since the Making Home Affordable Program was launched in early March, more than one million borrowers have refinanced and 55,000 loan modification offers have been extended to qualifying borrowers.

Of course, most are simply refinancing due to the low mortgage rates on offer, helped on by Treasury buying of Fannie Mae and Freddie Mac mortgage-backed securities, which was part of the original Homeowner Affordability and Stability Plan.

Additionally, Fannie Mae has more than 233,000 eligible Home Affordable Refinance applications, with 51,000 having loan-to-value ratios between 80 percent and 105 percent.

“In just over two months, the Make Home Affordable program is up and running, helping our economy recover and making a difference in the lives and livelihoods of thousands of American homeowners,” said Treasury Secretary Tim Geithner, in a statement.

“Today we are announcing a new program component to help homeowners obtain modifications in areas suffering from home price declines.  If a modification is not possible, we are also announcing steps to encourage the quick private sale or voluntary transfer of property, which will save homeowners money and protect their financial future.”

In other words, qualifying borrowers unable to complete a MHA modification will be able to pursue a short sale or deed-in-lieu of foreclosure via a streamlined process.

“Together the incentive payments on all modified homes will help cover the incremental collateral loss on those modifications that do not succeed.  HPD P payments will be linked to the rate of recent home price decline in a local housing market, as well as the average cost of a home in that market.”

The Home Affordable Refinance program ends in June 2010, while the loan modification program will run from now until December 31, 2012 (loans can only be modified once).

“Fourteen servicers, including the five largest, have now signed contracts and begun modifications under the program.  Between loans covered by these servicers and loans owned or securitized by Fannie Mae or Freddie Mac, Home Affordable Modification participants now account for more than 75 percent of all loans in the country.”