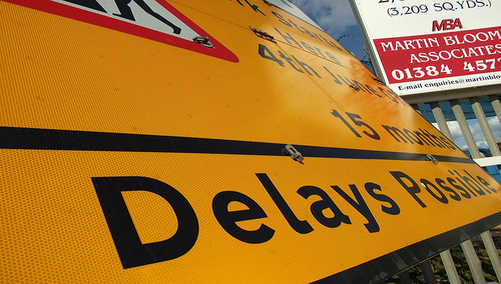 Foreclosure filings in the state of Massachusetts took a dive in May due to a recent piece of legislation that extends the period of time mortgage lenders must wait before initiating foreclosure proceedings from 30 to 90 days.

As a result of “Chapter 206 of the Acts of 2007, An Act Protecting and Preserving Home Ownership,” signed by Governor Deval Patrick back in November, May foreclosures fell a whopping 88 percent to just 392 filings.

However, foreclosure activity is still up 35 percent year-over-year according to ForeclosureMass.com, with 32,018 foreclosures initiated against homeowners between June 1, 2007 and May 31, 2008.

And before the new rule took effect, foreclosure filings hit an all-time monthly high in April, with 3,414 filings recorded, a 71 percent increase from the 2,002 filed during the same period a year earlier.

“We are in the midst of a Foreclosure Tsunami here in Massachusetts, and this storm is not going away any time soon. The new filing requirements have created a situation similar to the eye of a hurricane — it may seem calm now, but the storm will come raging back with even more force in the days ahead,” said Sheila Farragher-Gemma, co-founder of ForeclosuresMass.com, in a statement.

“The fact is that nothing has changed in the Massachusetts real estate market. More homeowners than ever before are defaulting on their loans, and we expect that we will return to historic foreclosure filing levels within weeks.”

Over the past 12 months, 267 of the state’s 351 communities have experienced an increase in foreclosure filings, with 117 communities seeing at least a 50 percent rise in filings.

While initiatives to reduce the number of foreclosures nationwide may be well-intentioned, the end result could simply extend the time until a meaningful recovery, both for individual homeowners and the economy as a whole.

The city of Philadelphia has taken similar action to curb foreclosure activity, although it’s still too early to tell if it will have any significant effect.