Michael Jackson To Perform in Vegas to Repay Mortgage? 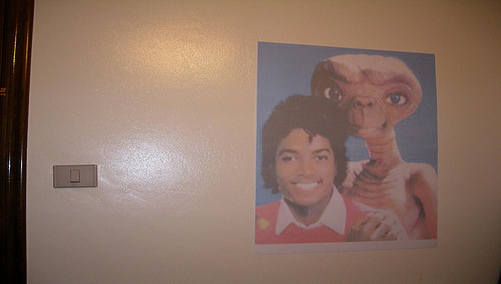 Michael Jackson may resort to performing in Las Vegas in a bid to raise money in order to repay the mortgage on his Neverland Estate, the Wall Street Journal reported.

Per the article, private equity group Colony Capital purchased his overdue home loan back in May that was creeping closer and closer towards foreclosure, but now they need to figure out a way for him to start paying the debt back.

And it just so happens that Colony Capital owns the Las Vegas Hilton, a possible new venue for the former king of pop, and is apparently considering a long-term engagement as one of a number of options to repay the $23 million in debt.

However, given Jackson’s reclusive lifestyle and his recent shoddy performances, if you can call them that, a long term engagement would likely be too much for him to handle.

So instead, a show based upon his music may be an alternative (like the Beatle’s Cirque du Soleil Love show), although under that plan he could still potentially make 20 to 30 appearances a year as well.

Colony Capital has also urged Jackson to ditch his Neverland Ranch digs as soon as possible, which they strongly feel associates him with his PR-shattering molestation charges of years past.

Additionally, the company reportedly wants Michael to do a talk show, such as Oprah, to clean up his image before moving forward, and if all goes well, we could see a “Thriller Casino” in the future as well.

Jackson currently lives 60 miles outside Las Vegas in the city of Pahrump, Nevada with his three children, making some kind of Vegas comeback show an even stronger possibility.