More Than 11 Percent of Mortgages Late or in Foreclosure 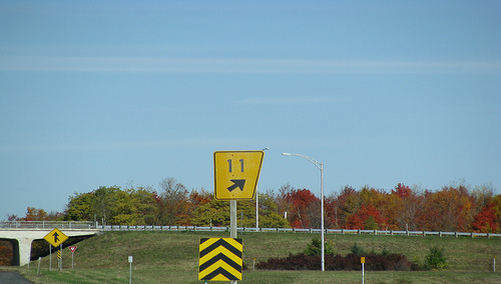 A whopping 7.88 percent of all residential mortgages were at least one month late by the end of the fourth quarter of 2008, according to the Mortgage Banker Association‘s latest National Delinquency Survey.

The delinquency rate doesn’t include loans already in foreclosure, which increased 33 basis points to 3.30 percent at the end of the fourth quarter, up from 2.04 percent a year ago.

That means a staggering 11.18 percent (seasonally adjusted) of mortgages outstanding are either late or in foreclosure.

The percentages of loans 60 days and 90 days or more past due, as well as loans in foreclosure, all set new record highs during the quarter.

“Foreclosure inventory jumped sharply in the fourth quarter even though the rate at which loans were entering foreclosure remained unchanged,” said Jay Brinkmann, MBA’s Chief Economist and Senior Vice President for Research and Economics, in the release.

“This is mainly attributable to various state and local moratoria on foreclosure sales, the Fannie Mae and Freddie Mac halt on foreclosure sales announced in late November, a general reluctance by servicers to proceed with evictions in the last few weeks of December and a slowing down caused by an overburdened legal process in some areas.”

Brinkmann said the rate of new foreclosure activity has been flat for the past three quarters, but the percentage of loans 90 days or more past due rose sharply in the fourth quarter.

Typically, loan servicers would have initiated foreclosure action on a large portion of these loans, but delayed doing so because of foreclosure moratoria and new legislation, or to adopt recently implemented loan modification programs.

Many critics have attributed the mortgage crisis to subprime loan programs or just a handful of states like hard-hit California and Florida, but the data reveals it’s much more widespread.

“While California, Florida, Nevada, Arizona and Michigan continue to dominate the delinquency numbers, some of the sharpest increases we saw last quarter in loans 90 days or more delinquent were in Louisiana, New York, Georgia, Texas and Mississippi, signs of the spreading impact of the recession,” Brinkmann noted.

However, subprime loans continue to dominate the delinquency numbers, with a devastating 48 percent of subprime ARMs nationwide at least one mortgage payment behind.

Brinkmann said the worst in interest rate reset-related delinquencies seems to be behind us, but warned delinquencies tied to job loss and income will continue to rise, affecting seemingly healthy prime fixed-rate loans.