Nearly 10 Percent of All Mortgages Late 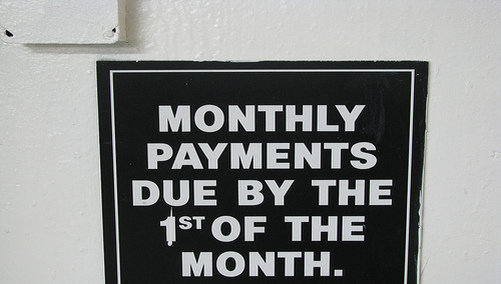 A record 6.99 percent of all mortgages tied to one-to-four unit residential properties were delinquent at end of the third quarter, up nearly ten percent from the second quarter and 25 percent from the same period a year ago, the Mortgage Bankers Association reported today.

That number includes home loans that are at least one mortgage payment overdue, but not yet in the foreclosure process.

Another 2.97 percent of all home loans were in some stage of foreclosure at the end of the third quarter, up eight percent from the second quarter and 75 percent from a year ago.

However, due to a number of foreclosure moratoria and other related loss mitigation programs, foreclosure starts actually decreased ever so mildly from the second quarter.

“Evidence of this can be seen in the large increase in loans 90 days or more past due but not yet in foreclosure,” said Jay Brinkmann, MBA chief economist.  “This rate jumped by 45 basis points, the highest increase in this category ever recorded in the MBA survey and far above the average 4 basis point jump we would expect to see.”

“While 20 states showed declines in the rate of foreclosure starts between the second and third quarters, every state showed an increase in the 90 days or more delinquent category with the exception of Alaska and all of the increases were greater than what we would expect due to normal seasonal factors.”

The increase in delinquencies was driven by a large number of loans 90 days or more past due, primarily in hard-hit areas like California and Florida.

Year-over-year, the seasonally adjusted delinquency rate increased for all types of loans aside from FHA loans, which remained unchanged.